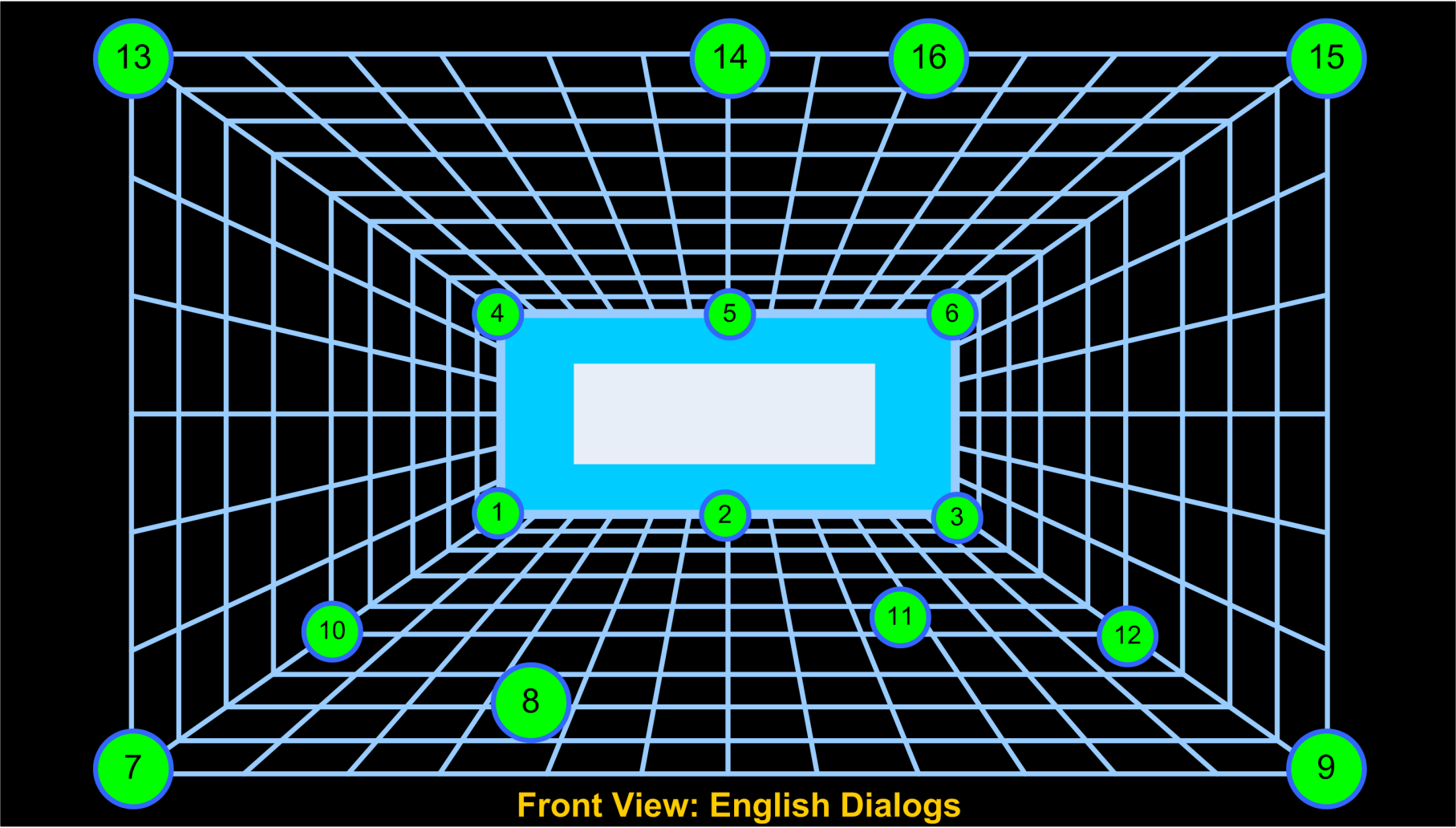 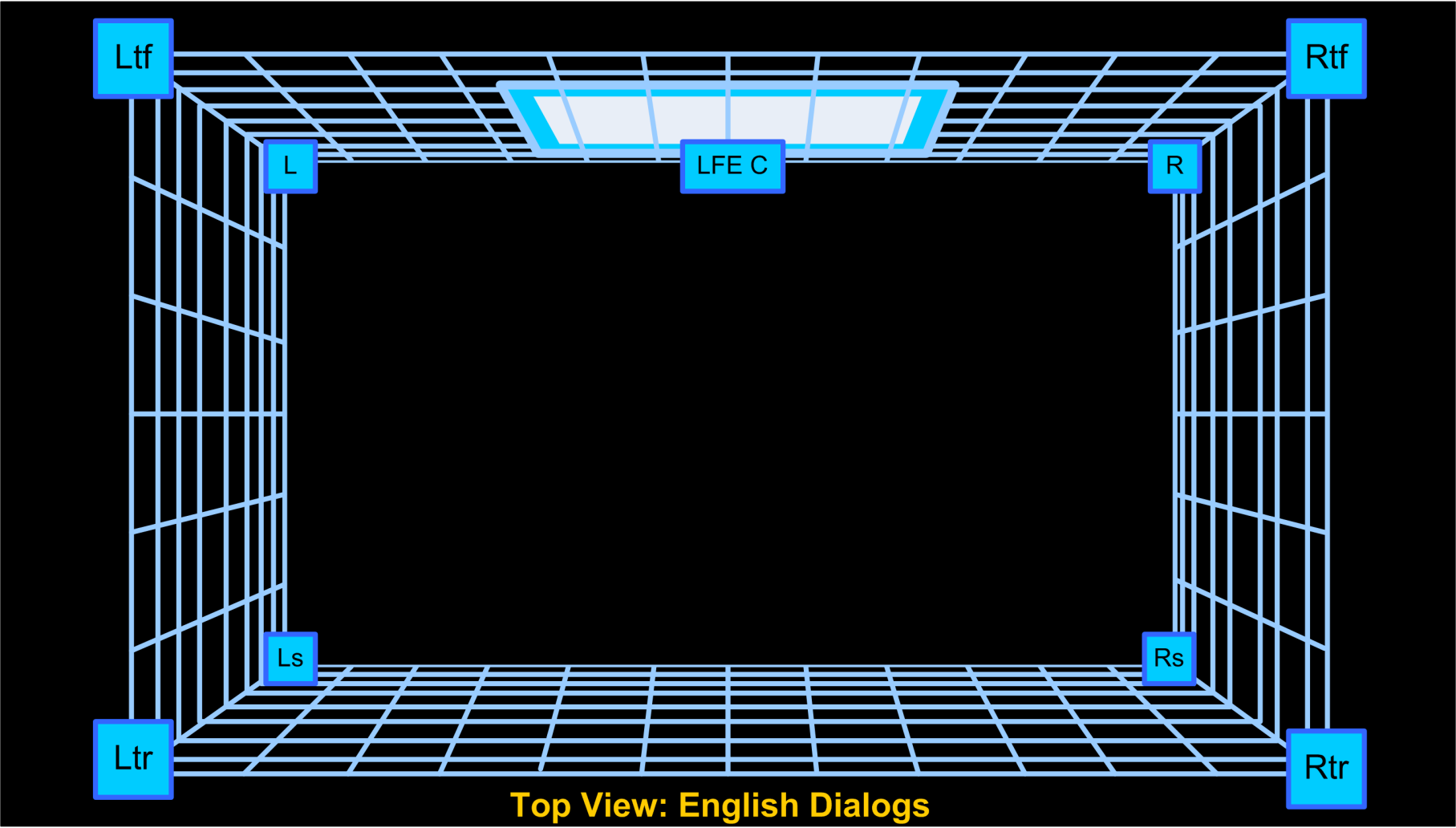 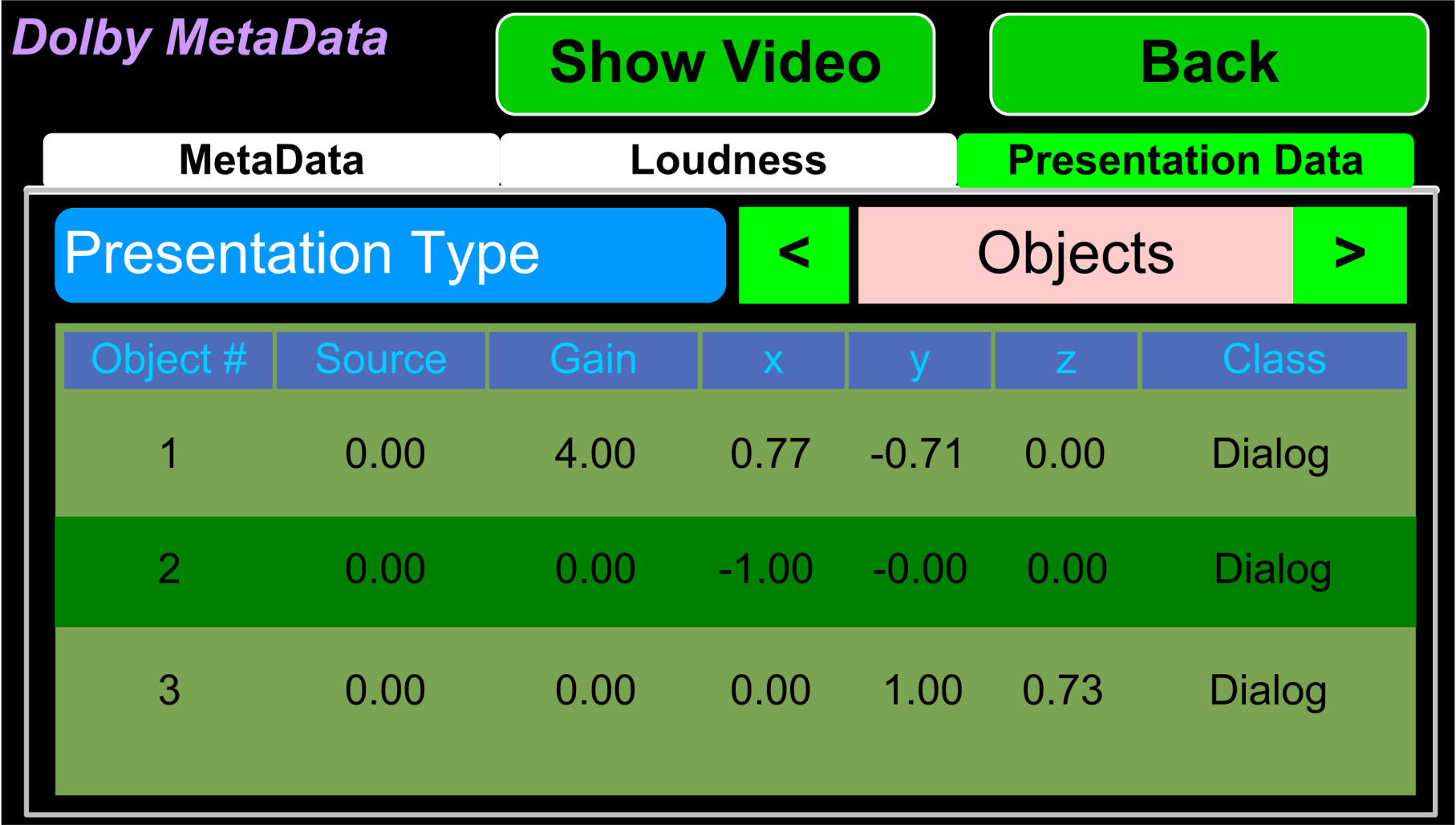 SAN FRANCISCO - PrZen -- Wohler have released a free firmware upgrade for users of their flagship iAM-12G-SDI when purchased with their Dolby® Atmos option.

The first screen shows the listening room with a 3D front view, with a representation of the video program screen location shown in the center as a white rectangle. The various objects are shown as named channels (in blue boxes) for the audio bed objects, or as numbered channels (in green circles) for the dynamic objects. Dynamic objects may move around through the 3D screen as they move in the program material. These objects appear according to what is present in the Dolby ATMOS bitstream. A maximum number of 16 objects can be displayed simultaneously.

The second screen shows the listening room with a 3D top view, looking down into it. The displays gives a representation of the video program screen location, shown in the center top (front wall) as a white rectangle. Also shown are audio bed objects, which are in fixed positions as speakers in the listening room. Either dynamic channel objects or audio bed objects can be shown in the Dolby ATMOS 3D Room Visualizer.

A Metadata screen is also included, providing three sets of data, selected via tabs. It includes traditional Dolby Metadata, Loudness Data, and Presentation Data, which provides x-y-z coordinates for the position of objects in the 3D Room Visualizer.

"With the release of the 3D Room Visualizer and related metadata, we are very pleased to complete the integration with Dolby Atmos and provide a complete end-to-end solution for monitoring Dolby Atmos via any of 12G-SDI, AES3, and the audio essence of SMPTE-2110", says Wohler Engineering Manager, Amol Natekar.