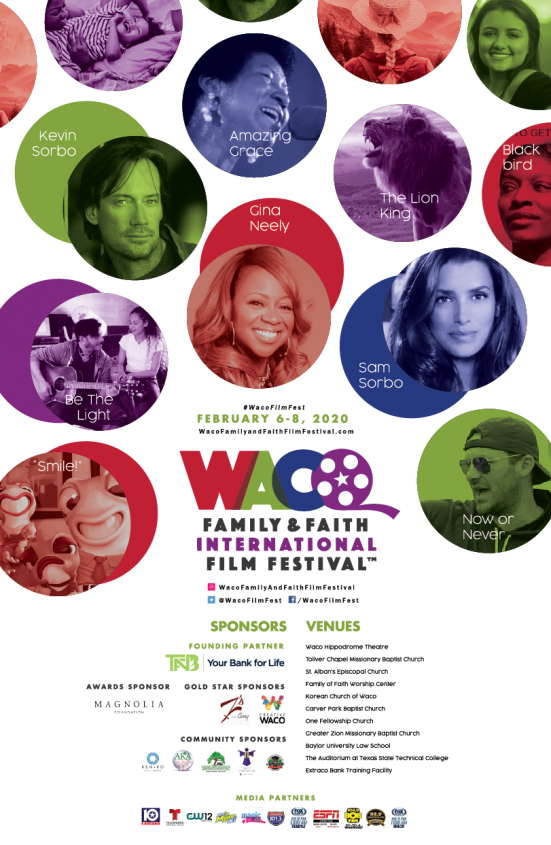 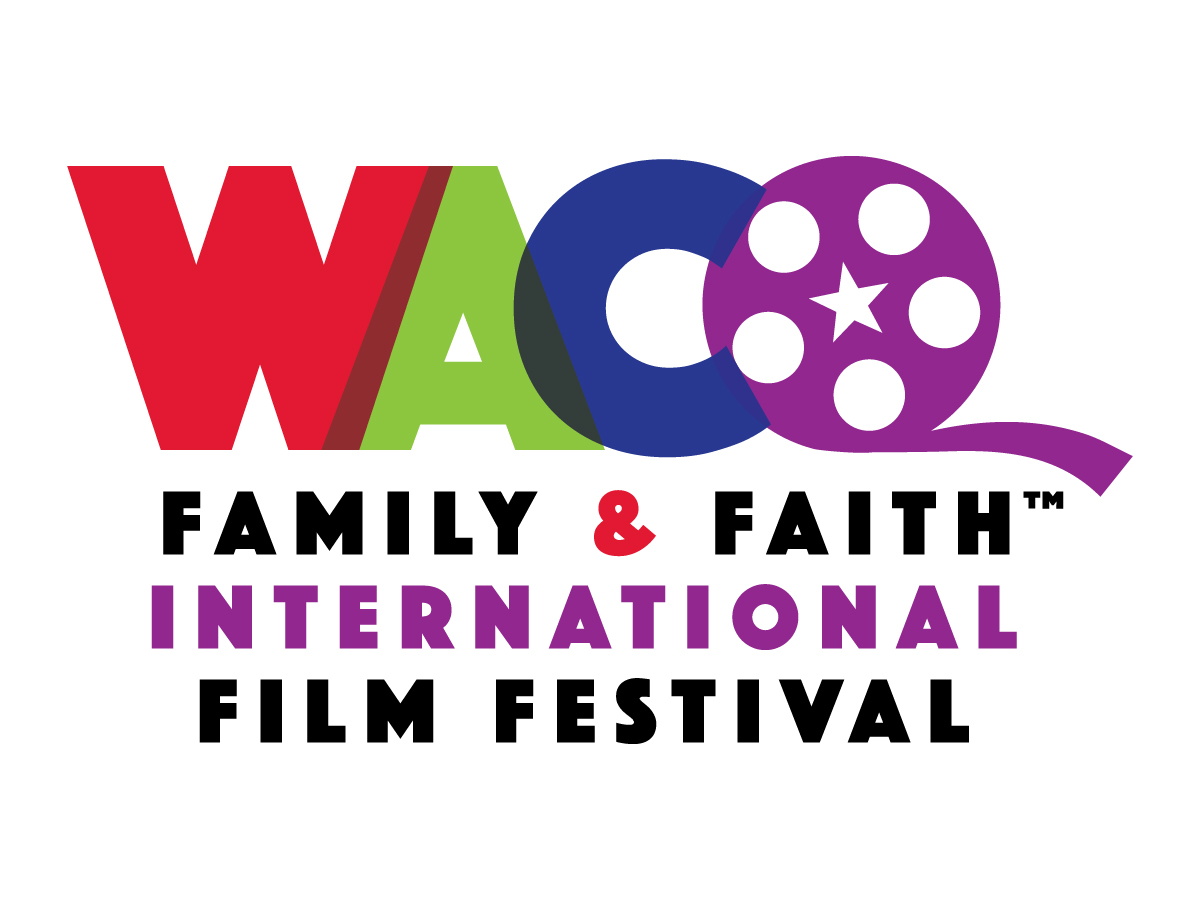 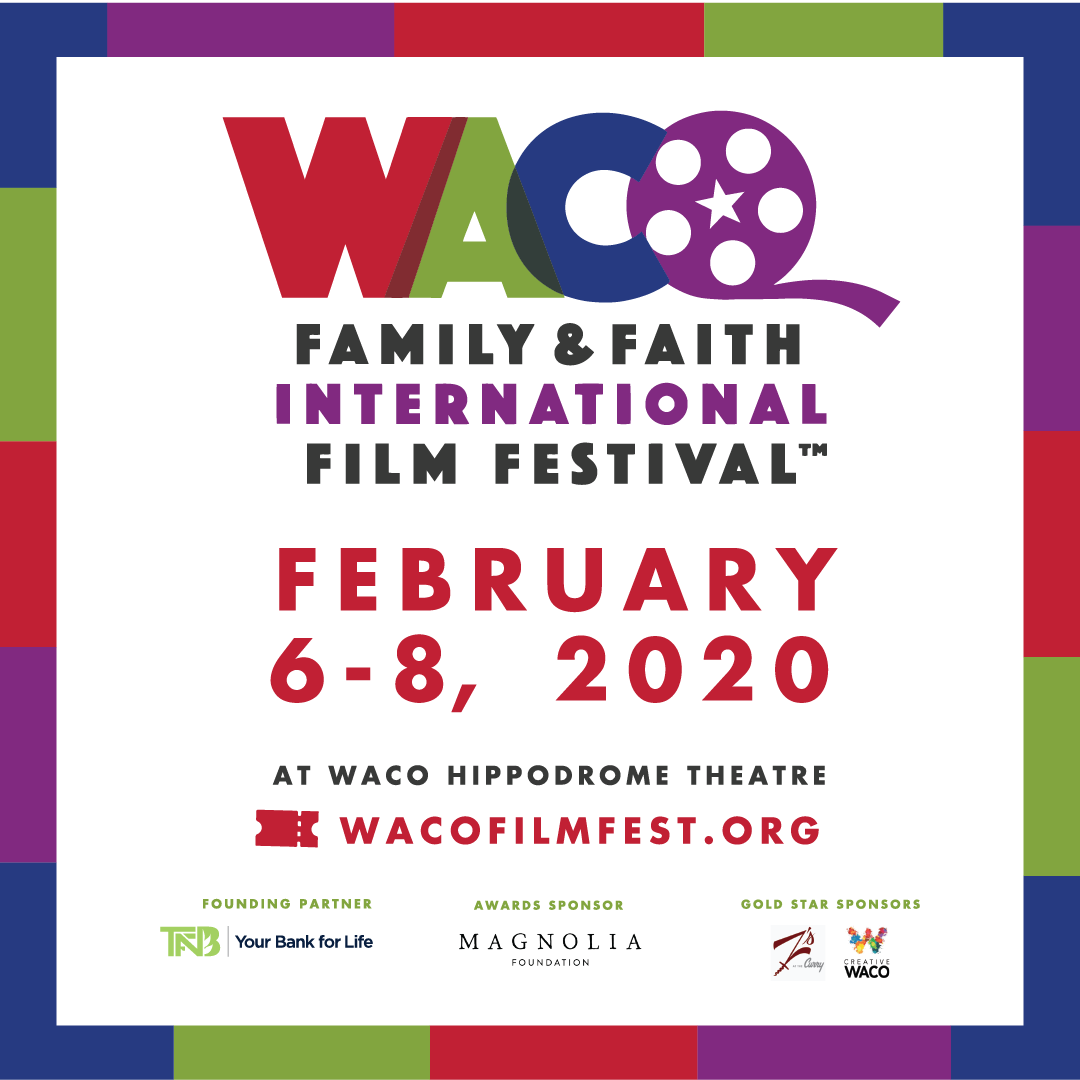 New Independent Film Initiative Brings Hollywood to Waco and Will Present Over 60 Films From Filmmakers Around the World
WACO, Texas - PrZen -- The first Waco Family & Faith International Film Festival will be held in the Central Texas town on February 6-8, 2020 and is "dedicated to EMPOWERING the creative spirit, SERVING with heart, and CELEBRATING all!" The two day film festival will feature an international competition of over 60 films that will be screened at 11 participating venues, Hollywood studio movie releases presented at the Waco Hippodrome Theatre, professional education workshops, and community gatherings throughout the town of Waco, all in the support of honoring the universal themes of family and faith.

"Storytelling and imagery through movies truly matter in our society, especially when it comes to positively changing the perspectives (and behaviors) of how we all view each other as fellow human beings on this planet," states Dr. Tyrha M. Lindsey-Warren, Founder and Lead Producer of the Waco Family & Faith International Film Festival. "The inaugural film festival will be a fun event for everyone of all ages. It is also our team's attempt to leverage the power of storytelling to open hearts and minds, while bringing the Waco community together and ultimately, doing our part to positively impact the film industry by presenting more diverse voices."

At the close of the submissions phase in September 2019, the Waco Family & Faith International Film Festival received 1,688 film entries from 109 countries and across five continents. Russia, Italy, Denmark, India, New Zealand, Senegal, Korea, Thailand, Puerto Rico, United Arab Emirates, and the Congo are a sampling of the countries who have participating filmmakers. The 2020 Waco Family & Faith International Film Festival will showcase the voices of 60 cinematic storytellers from around the globe, with a large majority of them being women.

"The initial response to this film festival has been overwhelming," states Lindsey-Warren. "We have truly been impressed with the high quality films that have been submitted, both short and feature length, under the themes of family, faith, freedom, military, veterans and DIY as well as look forward to hosting our filmmakers in Waco."

The 2020 Waco Family & Faith International Film Festival will also commence the start of its inaugural class of "Champions Award" recipients. This honor is dedicated to recognizing individuals and organizations who are exemplars of innovation as well as disruption in the film and entertainment industry. The 2020 "Champions Awards" recipients will be Kevin and Sam Sorbo. Known for his role as "Hercules" in the acclaimed television show, Hercules, the Legendary Journeys, Kevin Sorbo has since starred in numerous films and TV shows including- Two and a Half Men, Psych, Hawaii 5-0, Kull, the Conqueror, Avenging Angel, and Meet the Spartan, to name a few. His well-known faith-based movie, God's Not Dead, earned over $75 million at the U.S. Box Office. Mr. Sorbo is also a highly sought after film director. Sam Sorbo, Kevin's wife, is an award-winning actress, having appeared in such films and TV shows as Bonfire of the Vanities, Twenty Bucks, and Chicago Hope. She is also an accomplished film producer, radio host, author, and international model. Mrs. Sorbo has co-written, produced and co-starred in the feature film, Let There Be Light. She has currently produced the feature film, Miracle in East Texas, which is directed by Mr. Sorbo, and due out in 2020. Miracle in East Texas will also appear as the Opening Night feature film at the 2020 Waco Family & Faith International Film Festival.

Additional "Champion Awards" recipients include the former Food Network Star, Gina Neely, and David Littlewood, who is the President and CEO of TFNB Bank: Your Bank for Life. With the former, Ms. Neely is an award-winning TV Host and a New York Times best-selling author. She burst onto the scene in 2008 by starring in the hit show "Down Home with the Neelys", which became the highest-rated series debut in the history of Food Network's "In the Kitchen" block. The show immediately connected with viewers nation-wide by showcasing Ms. Neely's love for family, food and the enjoyment of life. Regarding Mr. Littlewood of TFNB Bank, he is known as the "driving force" of the financial institution and brings years of banking experience as well as numerous connections to the organization. In the areas of entertainment and the arts, Mr. Littlewood has led the investment of many innovative local projects including the Waco Hippodrome Theatre, and the HGTV hit show, "Fixer Upper."

For the complete festival schedule and to purchase tickets, visit http://www.WacoFilmFest.org