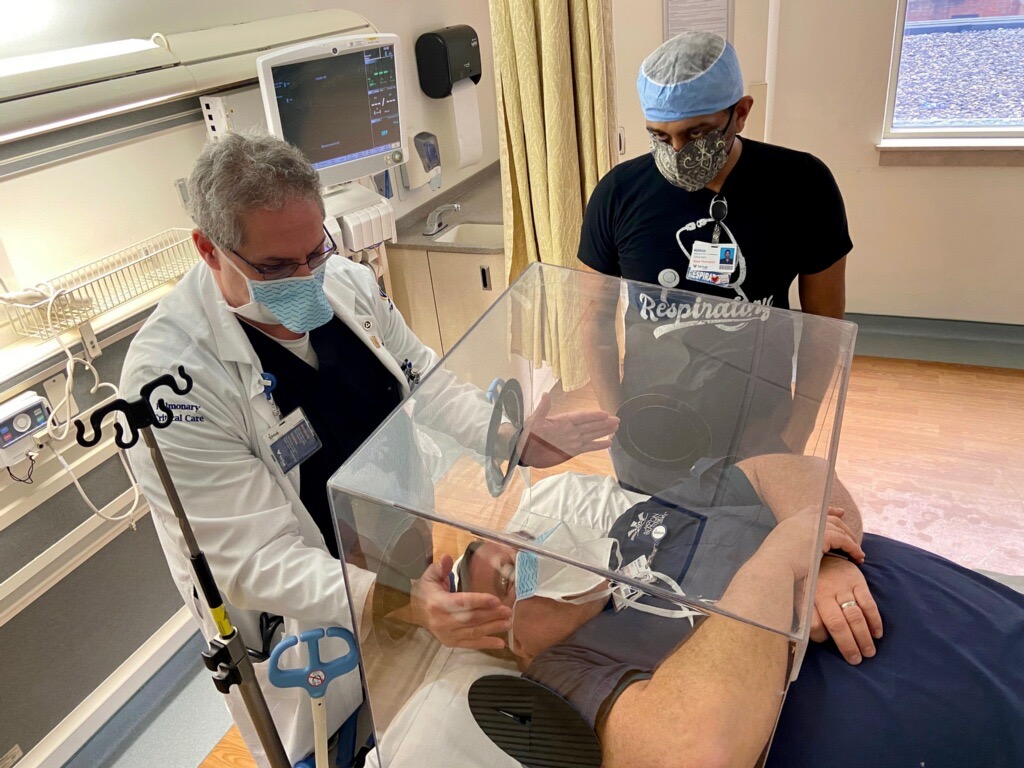 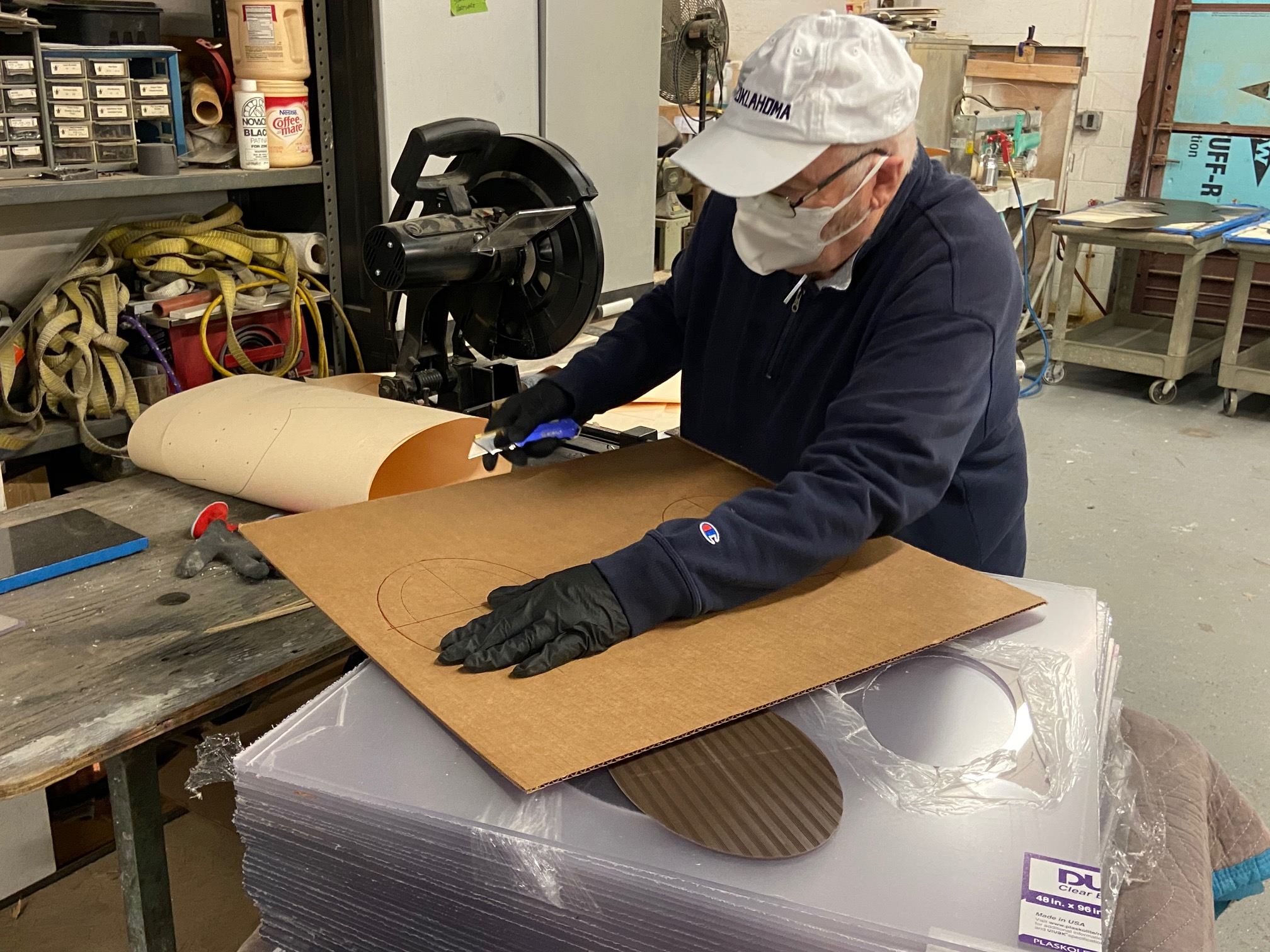 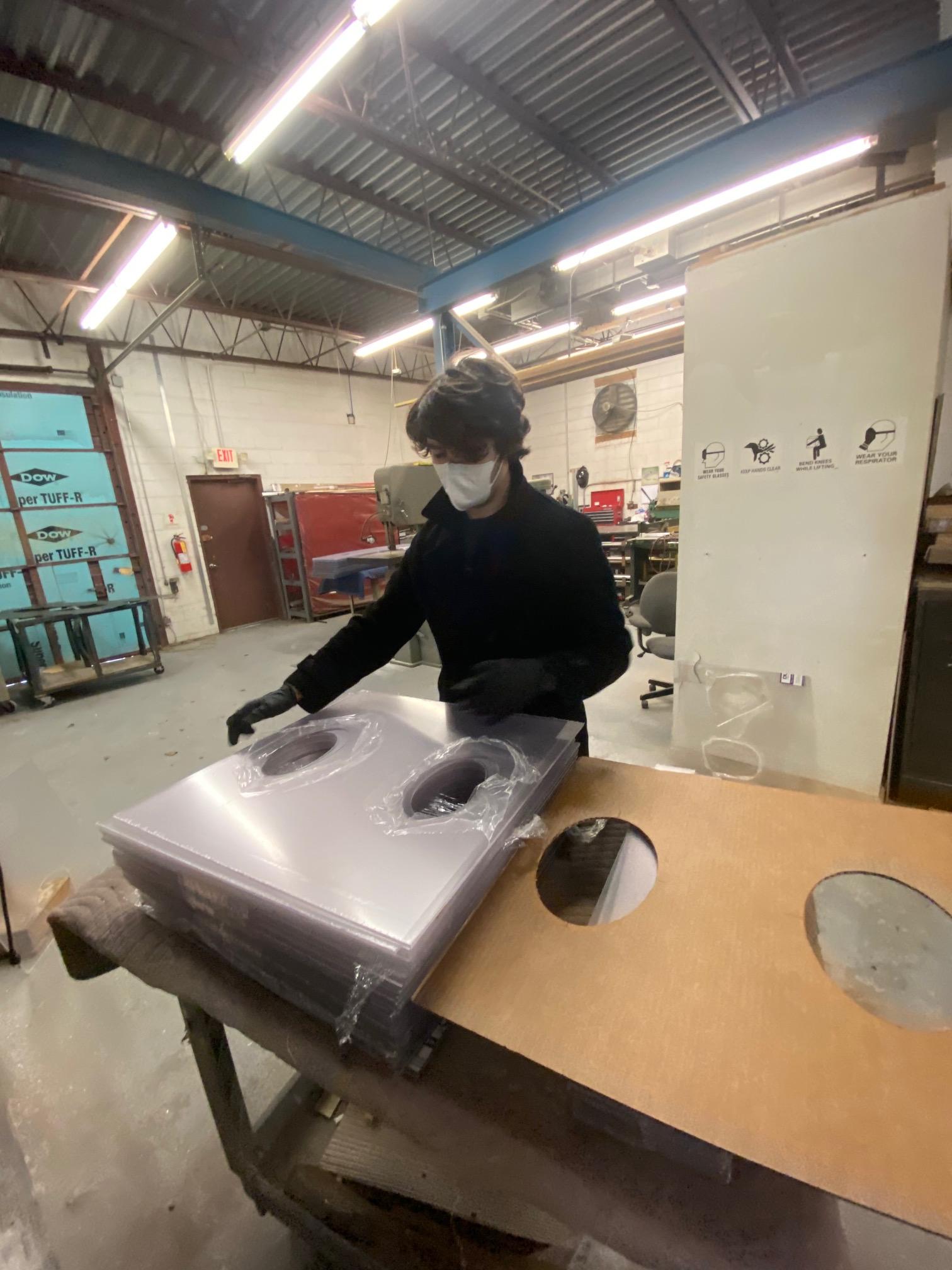 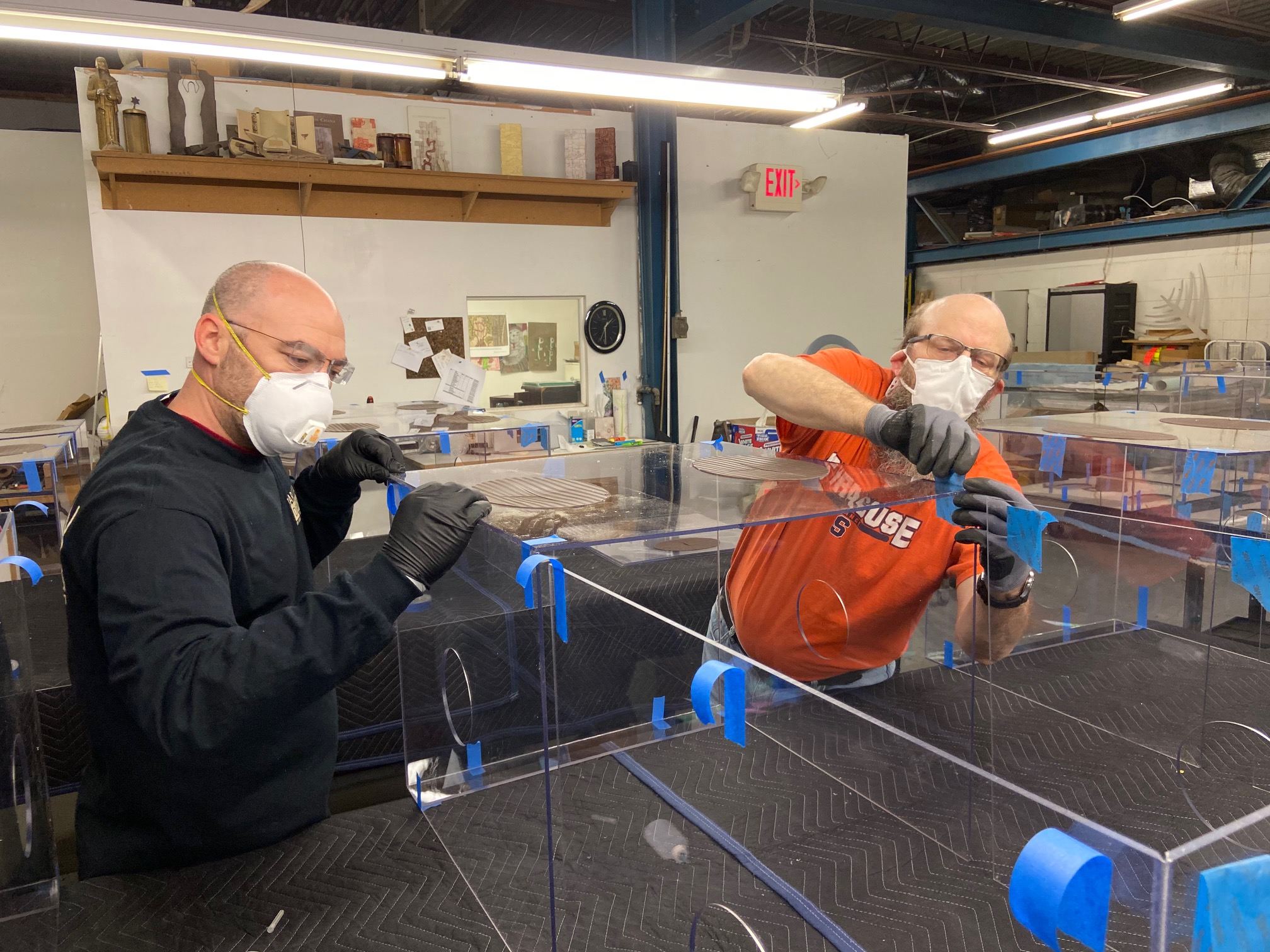 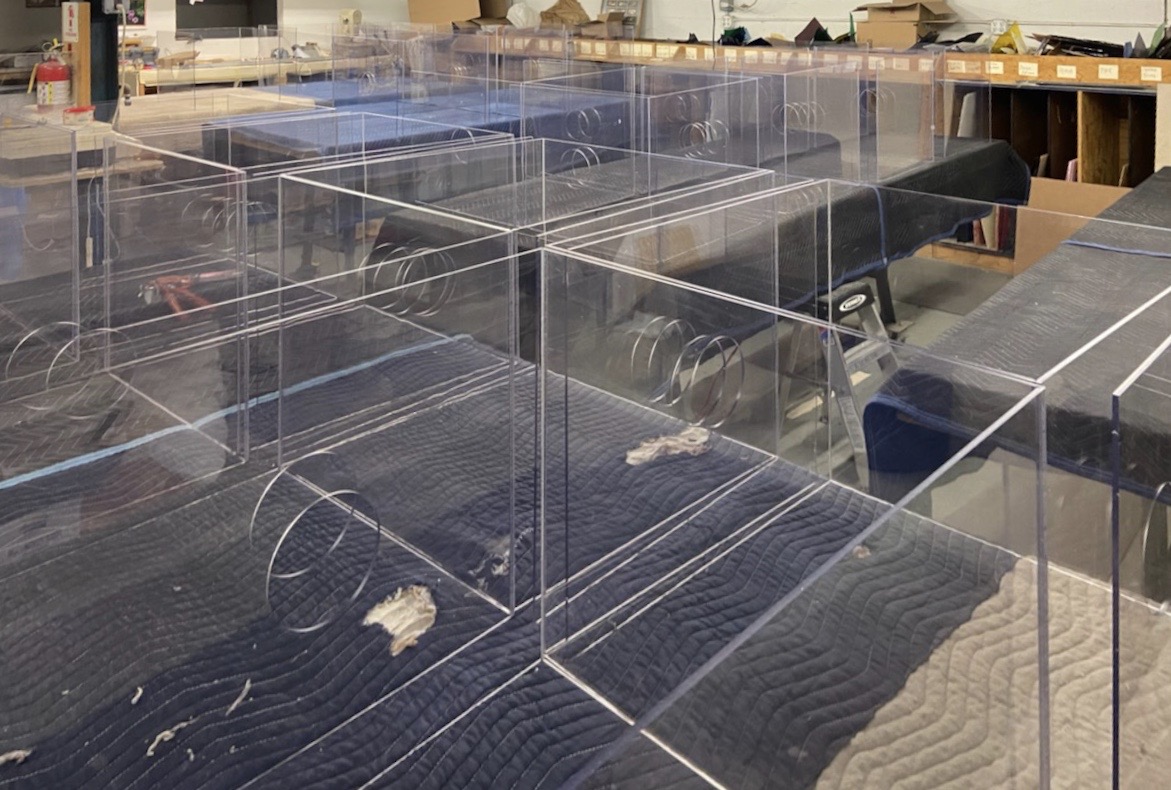 A unique collaboration between civic-minded design businesses in Greater Philadelphia is a national model for how to efficiently provide otherwise-scarce Personal Protective Equipment (PPE) to those on the front line of the Coronavirus Pandemic.
PHILADELPHIA & CAMDEN, N.J. - PrZen -- David Ascalon's Ascalon Studios is a New Jersey-based art and design facility that specializes in creating large-scale site-specific artwork, stained glass windows, and design elements for public and worship environments throughout North America. Seth Pearlman's Pearlman Design is a NJ-based remodeling company serving Greater Philadelphia for two decades.

In light of recent shortages of traditional Personal Protective Equipment (PPE), Seth was contacted by a physician friend to determine his ability to fabricate a new kind of protective device. The equipment, a COVID-19 Intubation Safety Box, is an acrylic cube-shaped form positioned over an infected patient's head and upper torso. Gasket-sealed ovular holes allow medical personnel to undertake intubation while minimizing the risk that droplets from patients' lungs spread infection. The New England Journal of Medicine recently reported that similar devices used in Taiwan drastically reduced the risk to healthcare workers.

David's son Eric Ascalon learned of Seth's efforts, and initiated a conversation between Seth, David, and studio fabricator, Robert Loch. They determined that they had the ability to rapidly retool the Ascalon facility to crank out a significant volume of devices. This would increase production considerably from units produced at Seth's home-based workshop. None involved are doing this for profit, rather the units are donated to hospitals.

The 75-year-old elder Ascalon, from Cherry Hill, NJ, temporarily closed shop last month to abide NJ Governor Phil Murphy's coronavirus lockdown order. Not one to spend his days on the couch in quarantine, he contemplated how to assist in the efforts to combat COVID-19. "While we are capable of producing an array of items at Ascalon Studios, we are relatively low-tech and not involved in textiles, so ventilators and respirators were not in the realm of possibility; but I knew I had to do something ". Just as American peacetime manufacturers rapidly retooled during World War II, Ascalon felt a moral obligation to help. Collaboration with Pearlman was the perfect opportunity to create an efficient operation. A Cadre of volunteers was enlisted, including Ascalon's grandson Zaiden, a high school senior whose final semester of classes had been cancelled in the pandemic's shadow. To date, over 100 hospitals on the Eastern Seaboard, from Boston to Florida, have requested units from the team – a figure which is growing daily.