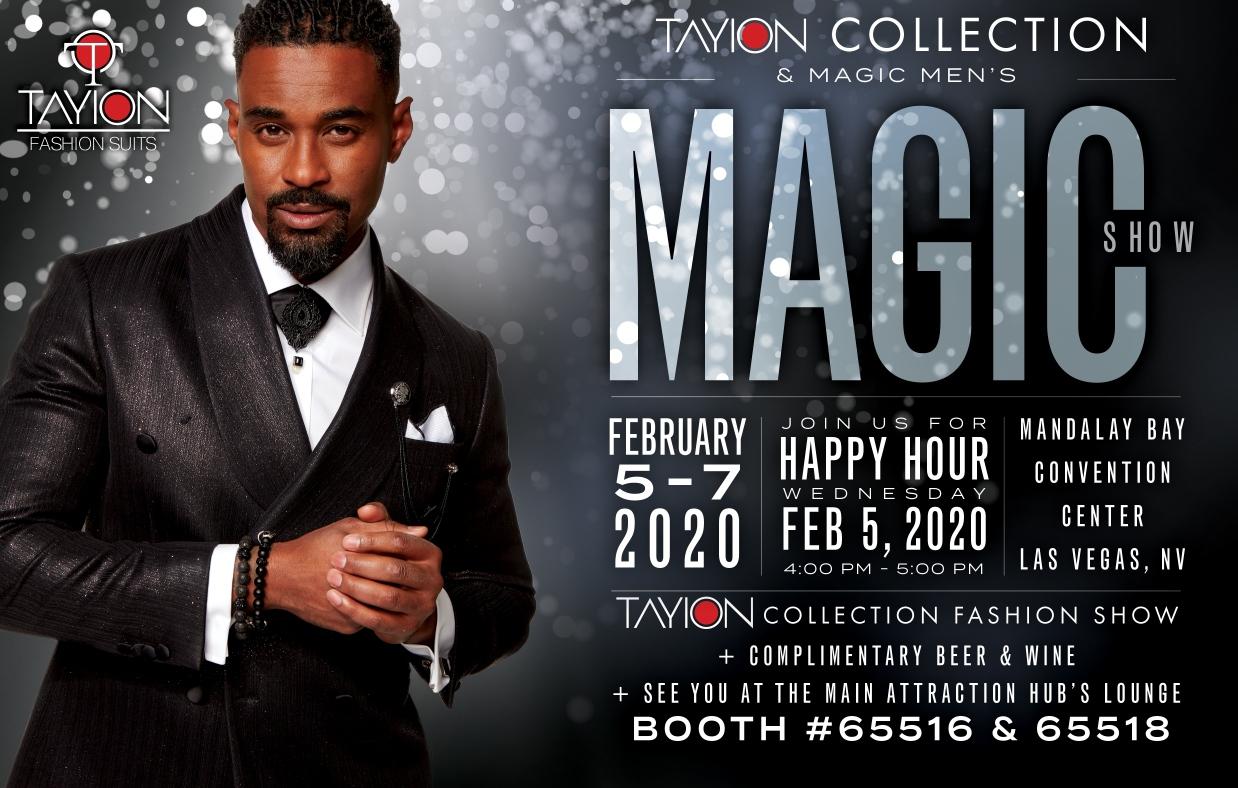 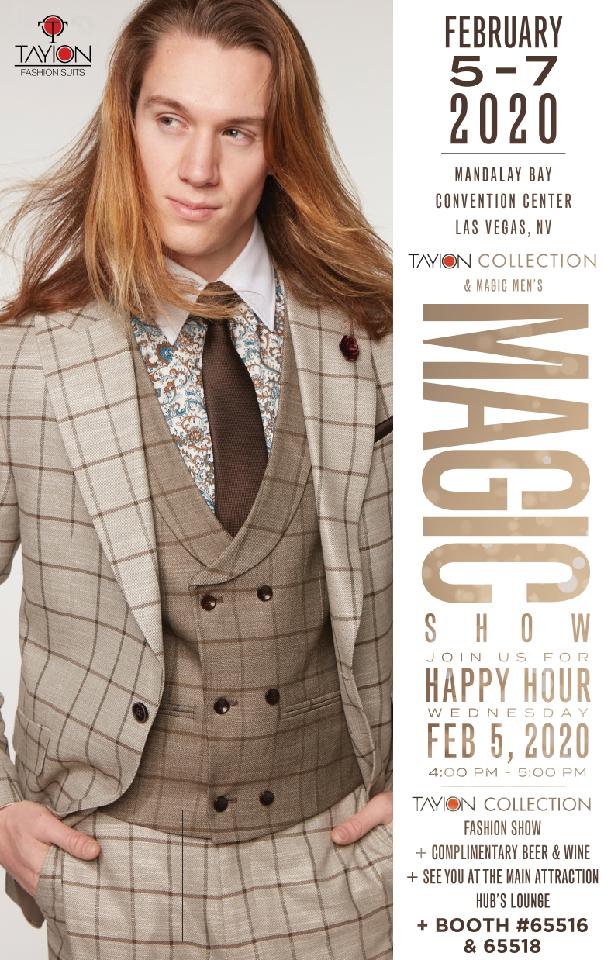 The Tayion/MAGIC Lounge Is A Unique Fashion Experience Showcase Booth Hosted by Upscale Menswear Line the Tayion Collection and Sponsored in Part by MAGIC MENS
LAS VEGAS - PrZen -- The Tayion Collection, a Detroit-based upscale menswear line specializing in men's apparel, is officially announcing its exclusive sponsorship in affiliation with MAGIC MENS February 2020. The most comprehensive U.S. fashion marketplace for men's apparel from around the world, MAGIC MENS takes place February 5 -8, 2020 at the Mandalay Bay Convention Center, 3950 Las Vegas Blvd S, Las Vegas, NV, 89119. The Tayion Collection will be featured at Booth #65516 and Booth #65518.

The Tayion/MAGIC Lounge is a spacious 20'x20' luxury booth where a well-trained team of professional representatives will showcase the Tayion Collection's latest men's chic traditional suits, fashion suits, tuxedoes, smart accessories, and luxury casual line. The inviting décor will include two hi-def TV monitors looping a brief presentation by the Tayion Collection President and CEO Montee Holland. Representatives will accept purchase orders throughout the lounge. On Wednesday, February 5, 2020, from 4 – 5 pm, a fashion show along with a happy hour in the lounge's swanky wine and beer bar will provide retailers with a unique opportunity to engage with the Tayion Collection in a relaxed environment.

The relationship between the Tayion Collection and MAGIC MENS has been a mutually beneficial, long- standing partnership. Tayion premiered its line at MAGIC nearly two decades ago, in 2003, and won MAGIC MENS' coveted Best in Show Award last August.

"This season's MAGIC will be bigger, better and bolder!" says Holland. "We will be offering our clients a competitive price point, a quick turnaround and a diverse selection of goods." Holland adds, "Everyone at the Tayion Collection continues to be humbled by each new honor offered to us by MAGIC MENS." Holland seeks to forge new vendor relationships with big box and large chain accounts at this season's show.

The Tayion Collection had a stupendous 2019. The collection was featured in numerous local and national media outlets, including the Detroit Free Press, in which an image from a spread about Tayion was voted one of the publication's Best Photos of 2019. In 2020, the Tayion Collection will sell its entire portfolio on Macys.com, and Holland will serve as one of the national judges for the Workshop at Macy's 10th year celebration at a Black History Month special event in Miami, Florida.