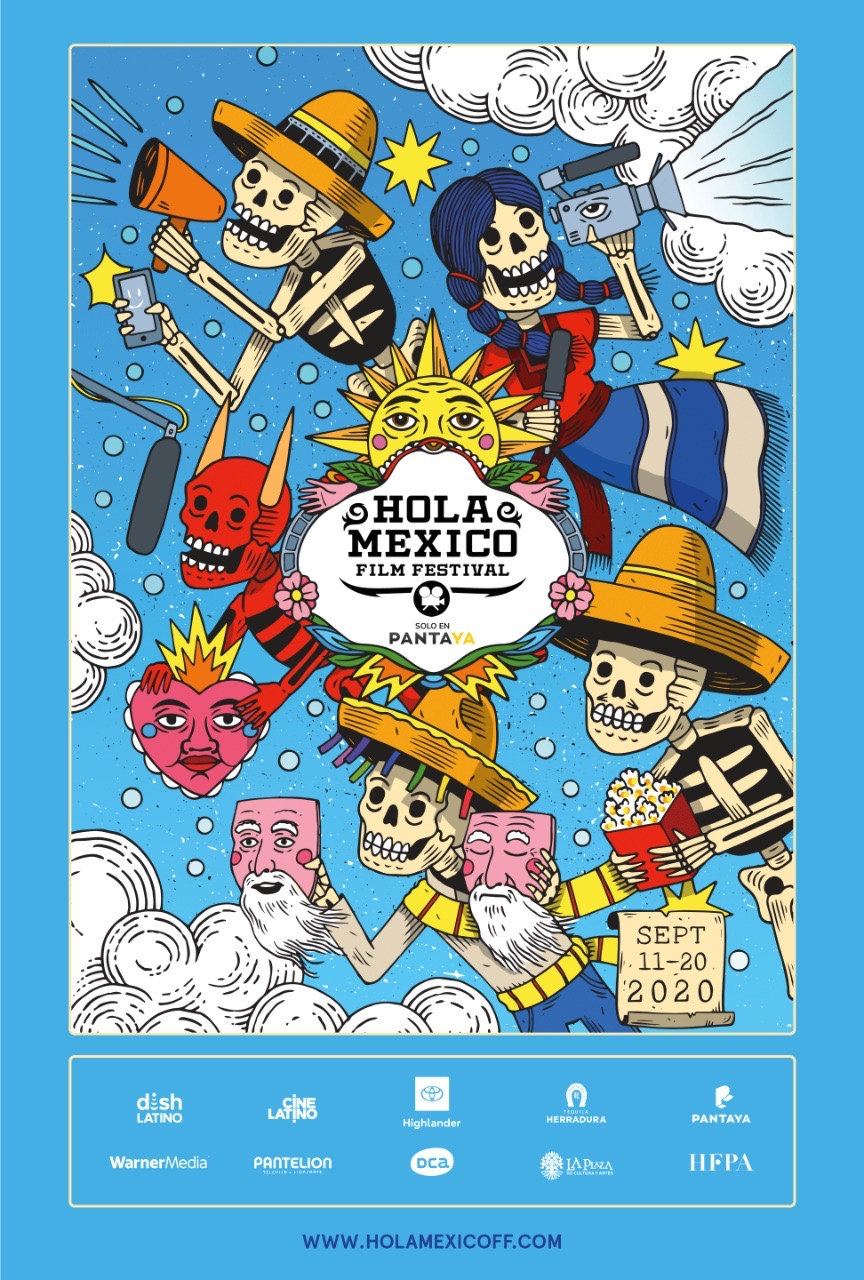 Providing Cinephiles the Opportunity to Watch the Best in Mexican Cinema While Staying Safe at Home, for an Incredible Low Price!
LOS ANGELES - PrZen -- The 12th annual edition of the largest Mexican film festival outside of Mexico, Hola México Film Festival, will make its virtual debut September 11-20 exclusively via the Spanish-language premium streaming service PANTAYA, a joint venture between Lionsgate and Hemisphere Media Group, Inc. The festival will give viewers an opportunity to see some of the best films that have recently come out of México and serve as a reminder of how much Mexican cinema has grown in the past several decades. In keeping with tradition, the festival will feature 20 films kicking off with Chicuarotes from renowned Mexican actor, director, and producer Gael Garcia Bernal.

"As a result of the current pandemic, we wanted to ensure our industry and filmmaking community continues to connect and develop their careers, even if that cannot happen safely in-person," comments Samuel Douek, Founder & Director of the Hola México Film Festival. "Pantaya is an innovator in the field of Latin cinema and streaming, and we look forward to partnering with them this year to help ensure that Mexican cinema continues to grow."

"We are extremely delighted to partner with Hola México Film Festival this year to provide a new, virtual experience to promote contemporary, Mexican-made films," remarks Paul Presburger, CEO of PANTAYA. "Although we cannot congregate in-person, it is important for us to stay socially and spiritually connected. Cinema has always been strong in Mexico and has been rapidly growing in recent years. We look forward to contributing to its continued growth."

Due to the current COVID-19 health crisis, organizers of the Hola México Film Festival have decided to practice safe, social distancing by offering this admired film festival for the first time in a virtual format. The festival will also include Q & A's, Virtual Red Carpets and will try to mirror the physical festival in an online way as much as possible!

The opening film Chicuarotes centers upon 'Cagalera' and 'El Moloteco', a pair of young boys who struggle to overcome the poverty that engulfs their community. In order to do this, they perform clown acts on public transportation. Nonetheless, they realize that they do not earn a sufficient living, not even to cover their basic needs. The story takes a radical turn when the young boys begin to rob passengers.  The 2019 Mexican drama film was screened in the Contemporary World Cinema section at the 2019 Toronto International Film Festival, Cannes Film Festival and it was selected for competition at the 2019 Shanghai International Film Festival.

For the first time ever, to watch the festival, you need to either be an already existing PANTAYA subscriber, or subscribe using this link https://www.pantaya.com/offers?c=aG1mZjIwMjA%3D. Use code HMFF2020 to save $1.00.

The Hola México Festival is also proud to reveal this year's key art by the México City-based muralist Mauricio Groenewold González. The artwork is a dedication to all Mexicans in the form of a José Guadalupe Posada-style calavera and consists of several Mexican icons that are directed to the heavens, representing their continuous fight to always pursue their dreams. At the top is a film director as well as a cellphone to show its growing importance in media and society. The artwork also includes the classic cinema snack of popcorn as well as the traditional Mexican dance of the viejitos to show the evolution of Mexican dramatic arts.

Supported by some of the most important film organizations in the world, Hola México Film Festival's prestigious mentor program Tomorrow's Filmmakers Today connects Latino filmmakers based in Los Angeles to resources and industry leaders in order to help develop a creative community of like-minded individuals. The program's main goal is to increase the Latino workforce in the global filmmaking industry by becoming the bridge that cultivates and develops inclusion, supports the development of Latino content, and fosters meaningful collaborations amongst its participants and the top industry leaders in Los Angeles, México and Latin America.

This year's TFT is going to be a live online program directed to TFT alumni. TFT alumni can now submit an application with a new short submission. The Hola Mexico Film Festival selection committee is choosing 20 shorts to be screened during the Hola Mexico Film Festival. The 20 participants will also participate in the 6-day online program and will have full access to the festival screenings and events. The selected participants also will serve as jurors for the Tomorrow's Filmmakers Today Film Choice Award given to one of the feature films in competition.  For more information about TFT, visit https://www.holamexicoff.com/tomorrows-filmmakers/.

Lastly, the festival will still include an award ceremony. Recognitions will include best director, best short film, and best audience award.

About Pantaya:
Pantaya is the first-ever premium steaming destination for world-class movies and series in Spanish, offering the largest selection of the biggest blockbusters and critically acclaimed films from Latin America and the US as well as bold never before-seen original series.