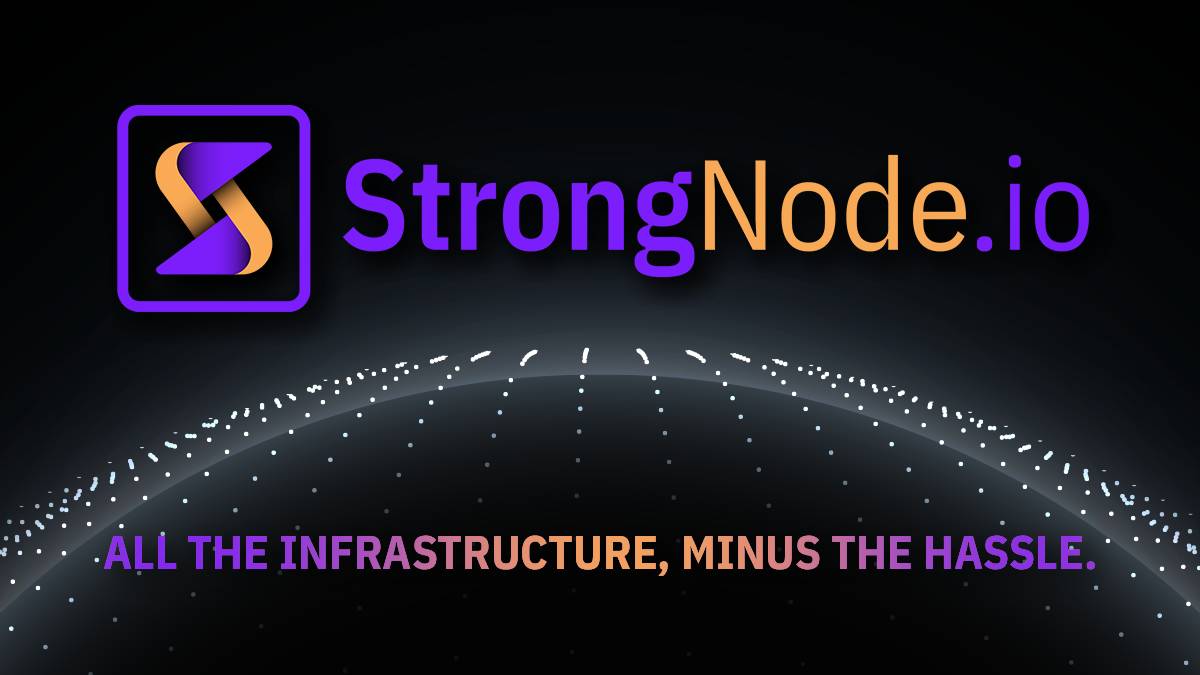 Introducing StrongNode.io - the blockchain-agnostic software venture and innovation lab that is on a mission to create a secure and scalable distributed edge network designed for the blockchain economy.
TOKYO, Japan - PrZen -- Node-as-a-Service (NaaS) StrongNode.io activates a unique approach to edge networking by harnessing idle resources from digital devices to build a strong, on-demand, and scalable node network and ecosystem. StrongNode will bring the processing of data closer to the edge, towards the end-users. StrongNode is upending the traditional cloud computing paradigm and advancing decentralized networks to where technologies like blockchain and edge computing are meshed together to create the best value and experience for digital users.

The origin of the concept came from tech innovator and investor Daniel Saito. Based in Japan, Daniel Saito is the CEO and Co-founder of StrongNode.io and is known for his work at SEGA, NTT DoCoMo R&D Multimedia Laboratory, and with MySQL Database where he played a role in its $1B exit to Sun Microsystems in 2008.

"StrongNode, in a nutshell, is a Node-as-a-Service that optimizes idle resources and creates an unprecedented economy around it. We tap into idle CPU/GPU cycles, bandwidth, and data storage and repurpose them to run applications and data at the edge, quickly, seamlessly, and at the best cost possible. Riding on these new rails of compute, our node partners and resource providers will have the ability to monetize this idle computing power, earn tokens, and participate in this node-leveraged economy," Saito said.

With Covid-19 dramatically accelerating digital access and demand for computing resources on both the consumer and enterprise landscape, the stage is set for a more reliable network and stronger connectivity.

Colin Charles, Chief Technology Officer of StrongNode, explains that StrongNode can address this fast-evolving issue. "StrongNode.io focuses on solving processing of data moving them down to the edge nodes, with distributed computing such that large scale data, network bandwidth, latency, control and management, and security will be handled efficiently by the software. StrongNode.io provides APIs and developer tools to process workloads on the edge infrastructure while managing rewards through the blockchain," Charles said.

Compared to traditional cloud computing where big data is located in the same place, the StrongNode technology will spread out the nodes to the edge creating a faster, stronger, and more secure distributed network. "If anything, we start from the edge from day one. StrongNode.io brings all the infrastructure minus the hassle with our edge technology and services," Saito added.

To power the edge computing technology, StrongNode harvests a trifecta of untapped resources:"These untapped resources are harvested from digital devices like desktops, laptops, and eventually smartphones, gaming consoles, and smart TVs. StrongNode maximizes these resources that can be repurposed on demand for a symbiotic relationship between node partners (providers) and node clients (users) in the growing ecosystem," Charles noted.

StrongNode's Chief Product Officer Gil Bashan, who has worked with brands like 3M, Microsoft, Barclays, and Adobe, underscores the potential of StrongNode: "What makes us unique is that our technology is extremely accessible so that real-world platforms and applications can hit the ground running right out of the box. Eventually, we will have a whole ecosystem of our node clients tapping on idle resources and forming symbiotic relationships with our node partners just like in the first project under our innovation lab: OGLife or OGL.tv. The more users and communities we have in our network, the better our ecosystem gets as it allows our network to expand and grow stronger together."

OGLife (Original Gamer Life) is the first project to launch in the StrongNodeEdge network and is the first esports activation to bridge generations and give veterans and seasoned gamers age 40 years and above another way to thrive through gaming. Aside from the gaming industry, the AI and machine learning, medical, telecom industries, and many others stand to benefit from the StrongNode technology.

StrongNode is a Node-as-a-Service software venture and innovation lab that powers the next generation of edge computing by harvesting a trifecta of idle compute resources while leveraging blockchain technology to solve expensive, complex, and security network issues.