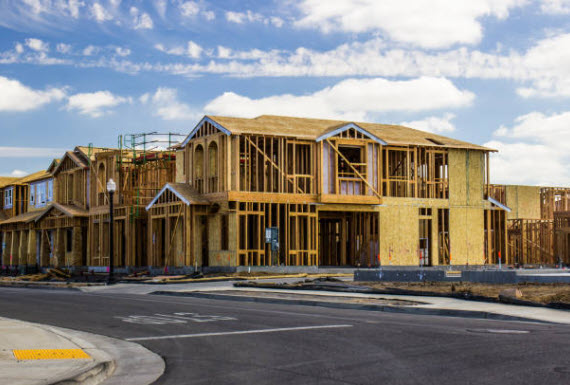 Builder incentives vanish with a strong housing market in greater Las Vegas.
LAS VEGAS - PrZen -- As previously discussed by Atlas Group LC and other leading professionals in the Las Vegas market, it seems apparent that the housing market for both rentals and sales will remain strong for the foreseeable future.

Most of the national builders have removed incentives for both buyers and real estate agents in the current sales climate and are still receiving multiple bids on properties.  In some instances, there are waiting lists of buyers attempting to secure a new build.  The consensus of the French Workbench podcast panel was that as people moved out of cities in order to take obtain a friendlier living environment, that both new home as well as existing home prices will remain high if not go higher from increased demand.  In addition, the reinstatement of incentives by builders could be an early indication of the sales market softening.

According to Rick Raines of the Atlas Group LC, a residential property management firm with over 25 years in the Las Vegas market, "Rentals are moving as fast as they possibly could.  Rental prices are steadily increasing and the demand is increasing as well.  If a property is priced right, it is gone within a few hours. It is not unusual to get over a hundred inquiries within a 24 hour time span on just one rental listing. There are many reasons that are supporting this renting frenzy.  First of all, in general, many people are getting pushed out of the home buying market as prices continue to rise.  In addition, we have had several owners come through our office that had just sold property in another state.  In many instances, they are choosing to rent before they buy again.  They have the means to pay their entire initial lease term upfront when they move in.  Also, current Las Vegas residents are seeing rental prices rise and in many instances are choosing to lock-in better housing at a slightly higher rate now instead of waiting for prices to rise even further.

Rental and sale statistics received through the Multiple Listing Service show that both the sales and rental markets of available properties are expanding, but not at a rate that is of a significance to change the current housing climate in Las Vegas.  On average, additional housing units have been increasing about 3% per week over the last month.

Be sure and subscribe to the French Workbench podcast hosted by Daniel French every Saturday for the most relevant housing updates.  If you would like touch base with a property manager, call the Atlas Group LC at 702-916-2222.  We would be happy to discuss any challenges you may be facing and there is never any obligation.