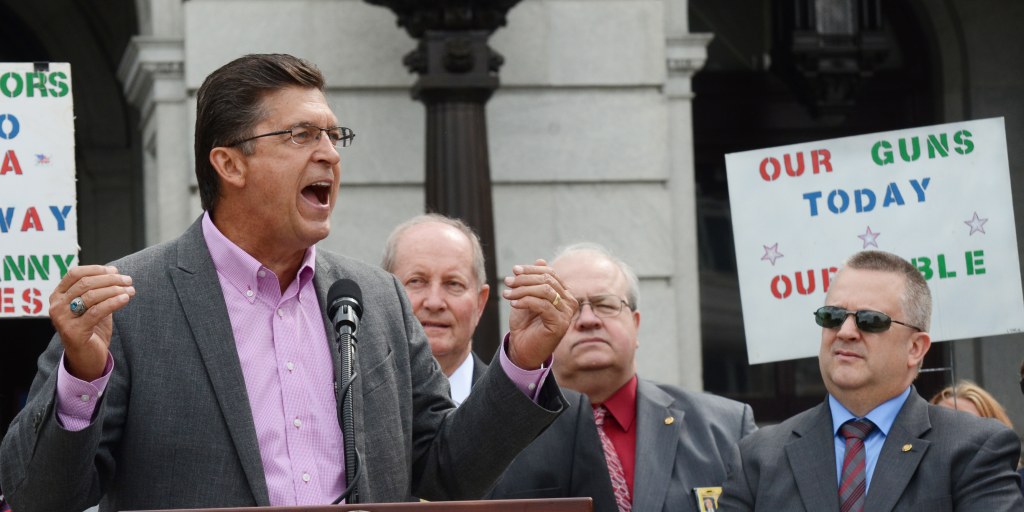 ARLINGTON, Va. - PrZen -- Grassroots political organization American Police Officers Alliance has just announced their newest advisory board member to join their nationwide pro-police movement, and he is a legend in the world of law enforcement.

"We are thrilled to welcome Sheriff Richard Mack as a partner in our grassroots movement to advocate for America's law enforcement officers in the political process across our great nation," American Police Officers Alliance's Board of Directors announced today.

Sheriff Richard Mack is nothing short of a celebrity within the law enforcement world and is well-known for successfully suing the Clinton Administration for unconstitutional mandates requiring federal background checks on firearms sales.

Sheriff Mack is the former sheriff of Graham County, Arizona and a political activist. He is known for his role in a successful lawsuit brought against the federal government of the United States which alleged that portions of the Brady Handgun Violence Prevention Act violated the United States Constitution. He is a former lobbyist for Gun Owners of America (GOA) and a two-time candidate for United States Congress. Mack is also the founder of Constitutional Sheriffs and Peace Officers Association (CSPOA), and established the "County Sheriff Project" movement, both of whom reaffirm what they claim is the constitutional power to refuse to enforce unjust and unconstitutional laws.

American Police Officers Alliance's mission is to help elect local leaders who respect and understand the decisions police officers are forced to make each day, and will fight for their rights and ensure that police officers are receiving the support, tools, training, and compensation they need and deserve so they can remain safe as they protect us.

"He possesses a wealth of experience, passion, and success in the field of law enforcement and we couldn't have asked to find a better fit to serve as a member of our Advisory Board," the organization stated.