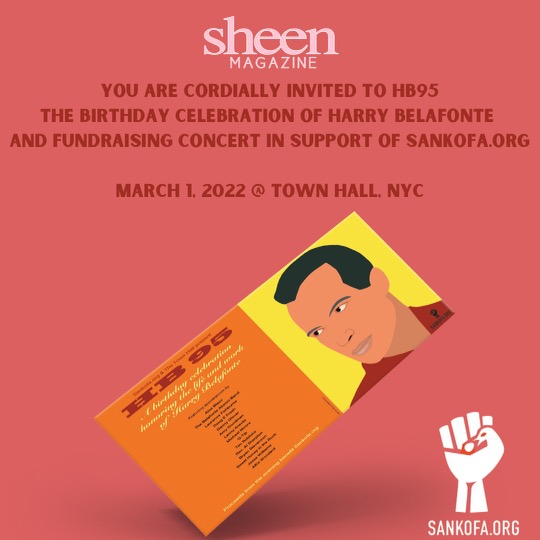 SHEEN Magazine is The Ultimate Beauty Guide for the modern-day woman and a preeminent voice within the beauty industry.  Published bi-monthly, SHEEN Magazine has consistently proven to be a media influencer, provide up-to-date news, and share current trends within the world of beauty, fashion, hair, and entertainment.  SHEEN strives to educate, motivate, and empower, reaffirming the importance of self-worth while encouraging its readership and audience to achieve their highest potential.

Harry Belafonte is an American singer, songwriter, activist, and actor.  One of the most successful Jamaican-American pop stars, he popularized the Trinbagonian Caribbean musical style with an international audience in the 1950s.  His breakthrough album Calypso was the first million-selling LP by a single artist.