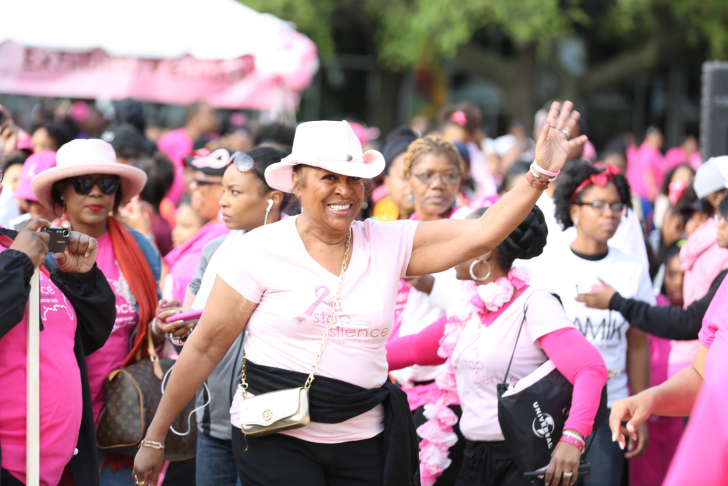 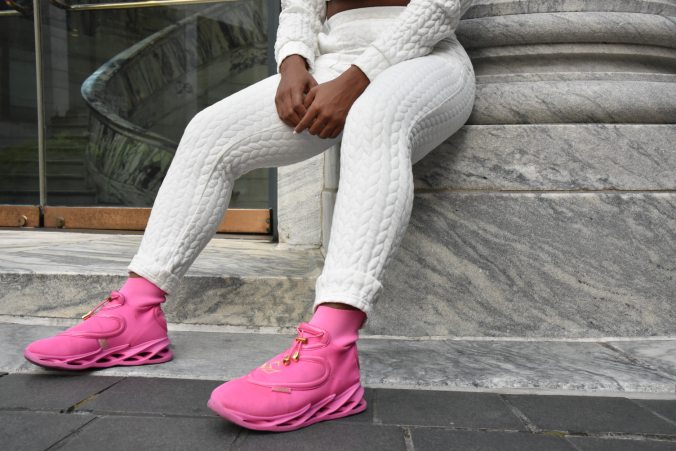 Following major wins for the brand - including successfully partnering with Footlocker Inc.'s Eastbay Division - TRONUS® is continuing in their commitment to and connection with the community via a Breast Cancer Awareness Month campaign in partnership with Sisters Network® Inc.
ATLANTA & HOUSTON - PrZen -- Since 1994, Sisters Network® Inc. has been raising awareness, raising funds and raising their voice in the conversion around Breast Cancer's impact on women in the Black community. The nationally recognized organization is regarded as a valuable information resource and advocate among leading medical establishments and breast cancer physicians. It's no surprise that this is the group that the team at TRONUS chose to highlight during Breast Cancer Awareness Month this year.

"Last year at this time we were just starting out. This year, we've come so far and had so many big wins . . . it was important for us to be intentional about partnering with a community leading group to support this cause", shared TRONUS COO - Cynthia Cureton-Robles. Those wins have echoed throughout the industry; reverberating off of the backdrop of TRONUS' unconventional leadership and history-making origin story. As the first sneaker company owned by a woman athlete - with a Black Mother-Daughter team at the helm - their sprint past six-figures in record time, successful showing at the MAGIC tradeshow in Las Vegas, and successfully launching on Footlocker's Eastbay.com proves the brand is making a permanent place for themselves in the competitive space of large scale athletic and athleisure goods. At just over one year in business TRONUS calls direct attention to the fact that they do not fit the existing mold. They don't intend to. Their interest is in creating a new way and serving as an example to every other outsider looking to disrupt a field. The alignment with Sisters Network® Inc. makes perfect sense in that way.

During the month of October, TRONUS will be donating 20% of the proceeds from purchases of their pink Warrior sneakers to Sisters Network® Inc. as a part of the "Warriors Wear Pink" campaign. They'll also be encouraging people to get their mammograms, which Sisters Network® Inc. is offering for free.

To find out more, visit TronusOfficial.com

TRONUS invites you to slide into luxury with the lightest, most comfortable unisex sneaker in the world. History making female football player made history a 2nd time as the 1st female athlete to own a sneaker company. Owner, Santia Deck spent several years developing a sleek futuristic sock-top sneaker with designer, Jamien Sills designed to mold to your foot, creating an almost euphoric "walking on air" kind of experience. The bold look draws you in, and the feel will get you hooked.

This disruptive startup began taking pre-orders when they launched in July of 2020. The company created a buzz and made a name for itself while their customers anxiously waited for the first ever boxes of TRONUS sneakers to arrive on their doorsteps. Now, customers of all ages - including celebrity supporters - are becoming loyal TRONUS fans.

Sisters Network® Inc. founded in 1994 by Karen Eubanks Jackson, 28-year and four-time Breast Cancer Survivor. SNI is the only National Black Breast Cancer Survivorship Organization in the United States and a leading voice in the fight against breast cancer in the Black community. Sisters Network is governed by an elected Board of Directors.  Sisters Network® Inc. National headquarters is located in Houston, Texas. The organization has over 25 survivor-run affiliate chapters nationwide in Florida, Georgia, Illinois, Michigan, New Jersey, New York, North Carolina, Pennsylvania, Tennessee, Texas, Virginia and Wisconsin