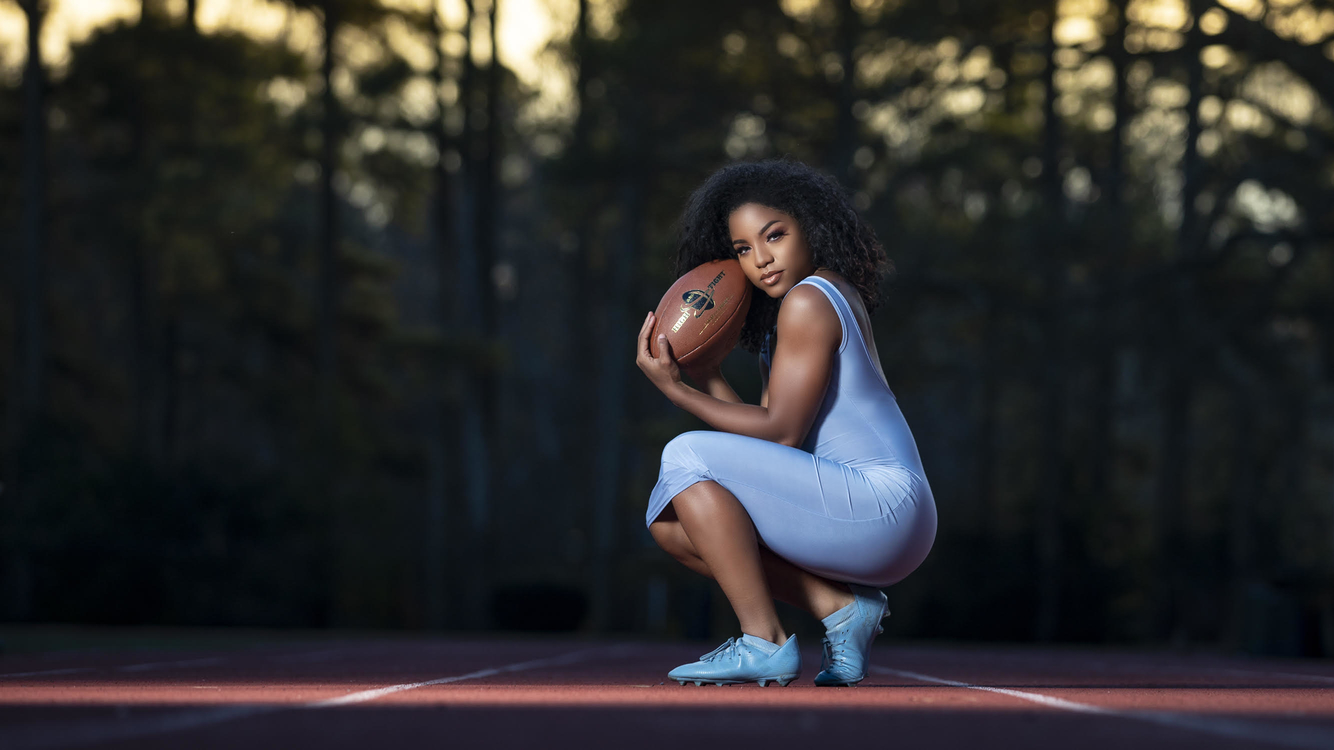 Having navigated the ranks of track, rugby and flag football in the past; exceptional athlete & prominent influencer Santia Deck recently announced her latest win - a multi-million dollar contract with the Women's Football League Association (WFLA).
ATLANTA - PrZen -- There has never been a deal like this for a woman on the football field. Fittingly, there has never been a self-made athletic brand like Santia Deck. Affectionately referred to online as the "Queen of Abs", Santia Deck has made a name for herself in the fitness and social spaces. Now she is cashing in on that name, as well as a great deal of talent and drive.

The WFLA considers itself an organization out to make her story. It's backed by the gutsy SHE Beverage Company, Inc. - "The Queen of Beverages", - known for going toe-to-toe with giant corporations like Budweiser. In equally daring moves, the WFLA held a draft in Vegas and is offering the 1st ever multi-million dollar contracts to football's women athletes. Santia Deck, is one of those few deemed worth a large sum. In fact, at an undisclosed amount, the league confirms that Deck's contract is the highest-paid to date. None of this great honor and responsibility is lost on Santia. WFLA leadership is thrilled to have her on board.

Through several avenues and multiple partnerships, Deck's brand has continued to thrive. This time last year Santia became a representative of the HIGHandTIGHT brand of training footballs used by several NFL football teams. Leveraging more than just a traditional endorsement, Deck was brought on as a part-owner of that company in recognition of her skill level, her influence and her desire to help enhance the sport she loves. This example highlights the command of respect and money that her homegrown brand has come to require. Now, with her spot in the Women's Football League Association, Santia can continue to push boundaries and command respect for herself and other women athletes - even in traditionally male-dominated sports like football. From her career as an impressive collegiate track athlete, to launching her own brand as a celebrity fitness trainer, from the published book she wrote bringing awareness to child abuse, to fitness DVDs ... Santia has continued to evolve and inspire. Her most recent endeavors include social media consulting, empowerment-centered public speaking and tackling relationship issues.

Her syndicated talk show, Queen of Abs Fitness Show is available via NPOWERED, iHolyfield TV & iSHE TV television networks in various US markets including LA, Miami, Philadelphia and multiple stations in Detroit. It's also available internationally in The Netherlands, South East Asia, Germany, India, Africa and Austria. She is also slated to be one of the cast members of a new reality show, FLEXX from Osage Phoenix Productions which is set to air via Amazon Prime. No matter what catches her eye in the business realm, she'll always be an athlete at heart. Having joined a league that wants to be known for providing financial opportunities for women athletes during and after their careers in the league, Deck is creating a platform that will spread a message to the next generation of young women. Not only can they follow their dreams, but they can also create new paths and healthy income streams in the process. Santia knows that this message will resonate. It has already started to. Even in her response, Santia continues to encourage; sharing, "I have had many ups and downs in the sports world, but to know that I'm now the highest-paid female football player to date only confirms how God always has a plan."

The WFLA debut season is set for 2021, with an Exhibition tour beginning in May of 2020. Santia, her supportive family and team, and her die-hard fans ... will be more than ready.