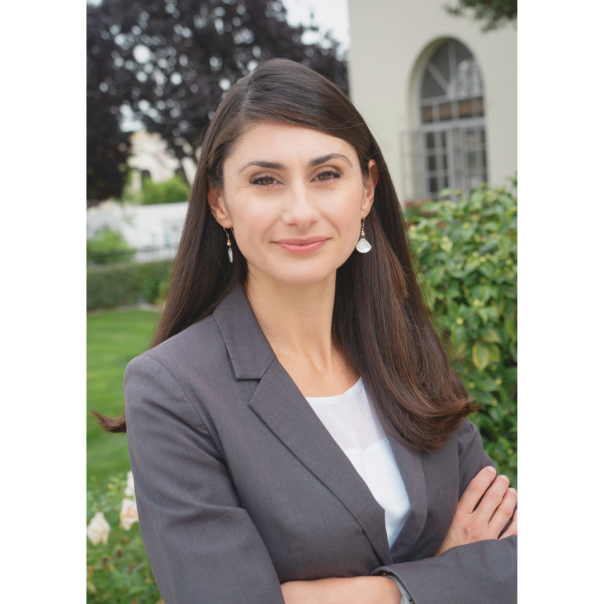 Commissioners Are Tasked with Making Recommendations to the Board of Supervisors on Gender Equity Issues
SAN DIEGO - PrZen -- The San Diego County Commission on the Status of Women and Girls announced today that Parisa Ijadi-Maghsoodi, Esq., has been elected as its new Chairperson. Ijadi-Maghsoodi has chaired the Commission's UN Convention on the Elimination of All Forms of Discrimination against Women ("CEDAW") Committee since 2019, is a founding member of the statewide CEDAW Challenge Team, and served as lead in drafting the County's recently passed CEDAW ordinance. She also serves on Cities for CEDAW's National Advisory Committee.

In a statement released on the Commission's newly launched website, Ijadi-Maghsoodi said, "Decades ago, the Board of Supervisors declared that the County's policy was to take action to identify the needs of women and girls and to eliminate discrimination in the County. Our Commission was established to promote and effectuate that policy."

"I am honored to serve as the newly elected chair and to lead our Commission's
gender justice efforts through an intersectional framework that centers women in
poverty, who have the least access to opportunities," said Ijadi-Maghsoodi. "I look
forward to continuing to work with Commissioner Goodwin, the newly elected Vice-Chairs
Nadia Farjood, Melinda Vasquez, Deja Cabrera, and all county residents to achieve
intersectional gender justice in our region."

Leah Goodwin, who led the commission through a pandemic, welcomed Ijadi-
Maghsoodi to the new position and reflected on the CEDAW Committee's work under her guidance and leadership.

"It has been my honor to Chair the San Diego County Commission on the Status of
Women and Girls over the past two years," said Goodwin. "Through all of the changes
during the pandemic, including new appointments and tough challenges, we remained
steadfast in our commitment to move the needle in the fight for gender equity in San
Diego County. Vice-Chair and CEDAW Chair Commissioner Ijadi-Maghsoodi led the
work of getting the CEDAW ordinance passed in May of this year. She is a dedicated
and passionate leader who is committed to equity and inclusion for women and girls. I
look forward to working with her!"

Ijadi-Maghsoodi is a poverty and civil rights attorney. In addition to practicing law full-
time, she serves as an adjunct law professor at USD Law, where she teaches the law
school's Poverty Law course.

The Commission's duties and responsibilities include studying and evaluating the
discriminatory effects of County policies, proposed policies, and ordinances; initiating
investigations by public agencies; studying areas of possible discrimination, including in
health services and housing; conducting public hearings, and formulating legislation.

The Board of Supervisors of the County of San Diego has declared that it is the policy of
the County to take action to identify the needs and problems of women and girls in the
County that are affected by public policy decisions; and furthermore, to eliminate the
practice of discrimination and prejudice on the basis of sex within the County. In 1975,
the Board of Supervisors established the San Diego County Commission on the Status of
Women and Girls to promote this policy and to provide an open forum for discussion
and action.

For more information about the Commission and Commissioners, visit the
Commission's website.