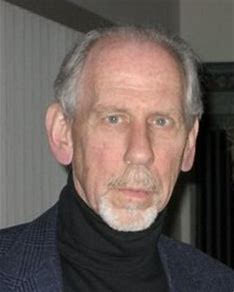 Best known for bringing research theory and empirical findings to the policy debate, Prof. Kaufman introduced the principles of Prompt Corrective Action (PCA) toward failing financial institutions, and Least Cost Resolution of failed banks. Both concepts were incorporated into legislation with the FDIC Improvement Act of 1991.

"Prof. Kaufman had an uncanny ability to bring together great minds from both academia and the private field of finance," said Douglas D. Evanoff, former vice president and senior research advisor for banking issues at the Federal Reserve Bank of Chicago.

To better incorporate research findings to the policy debate, he was instrumental in founding the U.S. Shadow Financial Regulatory Committee in the mid-1980s, whose goal was to have a formal platform to critically evaluate financial policy recommendations. Prof. Kaufman was the committee's co-chair from its inception through 2017. The committee was frequently credited by the profession, regulatory agencies, and legislators with raising the quality of the public debate on financial policy issues.

"George was a true leader, recognizing before others the importance and potential significance of the perspectives of financial economists on financial policy, as informed by data and economic principles, and creating mechanisms for their expression," said Chester Spatt, former chief economist and director of the Office of Economic Analysis at the U.S. Securities and Exchange Commission, and currently chaired Professor of Finance and the Director of the Center for Financial Markets at Carnegie Mellon's Tepper School of Business.

"He mentored and inspired both the leaders and the beginners in the profession; their admiration will provide a lasting legacy and testament to his research and teaching," said Harvey Rosenblum, professor of business and financial economics at the Cox School of Business at Southern Methodist University, former president of the National Association for Business Economics, and retired executive vice president and director of research at the Federal Reserve Bank of Dallas.

George Kaufman was born in Germany in 1933. As the Nazis ramped up their harassment of Jews, in 1936 young George and his family fled Berlin for Amsterdam in The Netherlands. In April 1940, the family was again forced to flee, this time to America on one of the last ships to take Jews out of the Netherlands.

The family settled in Manhattan were Kaufman attended Stuyvesant High School. He earned a BA from Oberlin College and an MA from the University of Michigan, then was drafted into the U.S. Navy, serving from 1955-57. After his service, he earned his PhD in Economics at the University of Iowa. While there he was awarded a special fellowship by the Federal Reserve Bank of Chicago and was recruited to join its research staff in 1959.

Prof. Kaufman served as the deputy to the assistant secretary for economic policy at the U.S. Department of the Treasury during the Presidential Administration of Gerald R. Ford, and as Acting Director of Research for the Comptroller of the Currency during the Presidential Administration of Jimmy Carter. He also served as a consultant to the State Treasurer of Oregon, the Government Development Bank of Puerto Rico, and the World Bank.

A founding member of the Financial Economists Roundtable (FER), Prof. Kaufman co-chaired the group for almost 20 years. FER is a group of senior financial economists who have made significant contributions to finance literature, applying their knowledge to current policy debates.

Prof. Kaufman testified before Congress and other governmental bodies 18 times in his career, and often appeared on C-Span.

During his career he had been a worldwide speaker on banking policy issues including cross border banking. The extent of his travel demanded additional pages be added to his passports. He often said visits to the vast number of art museums around the world was a wonderful bonus to each trip.

He worked with past Federal Reserve Chairs Paul Volcker, Alan Greenspan, and Ben Bernanke, as well as other financial regulatory leaders, in planning the extensive commemorative Federal Reserve Centennial activities. The resulting celebration and conference were applauded in the field and beyond.

From 1981 to his retirement in 2017, Prof. Kaufman held the John F. Smith chair in Loyola University Chicago's Quinlan School of Business Finance Department (https://www.luc.edu/quinlan/faculty/georgekaufman.shtml) and was a consultant to the Federal Reserve Bank of Chicago. He authored over 200 scientific papers and wrote or edited numerous books.

"George said that anyone can write a book or article," said his wife, Mimi Winter. "The true measure of its worth is the number of times it is cited by other researchers." Prof. Kaufman's research was cited frequently, with Researchgate.net still considering his works some of the most read in their field.

He also served on the board of TIAA-CREF, a Fortune 100 financial services organization.