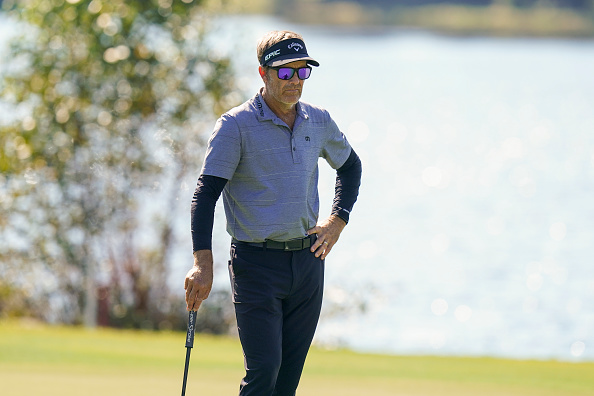 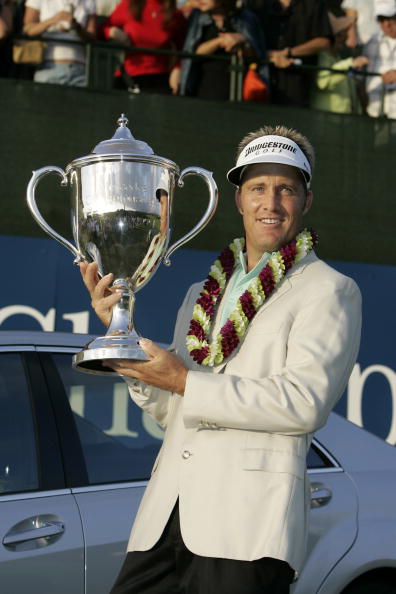 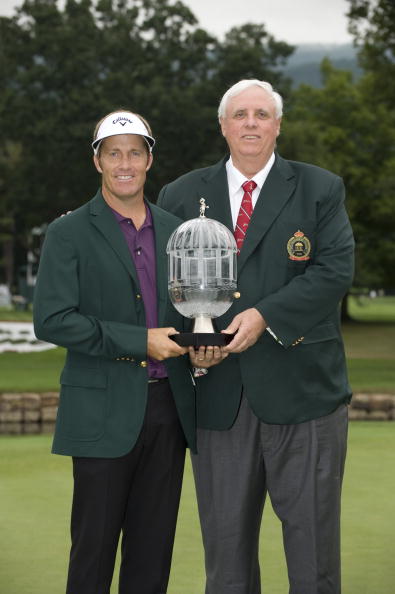 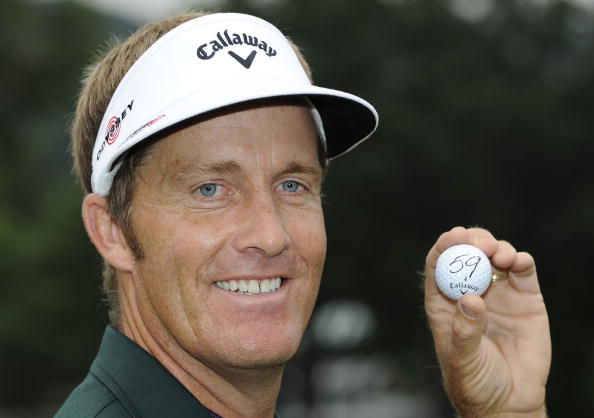 Father of four and nine-time PGA Tour winner kicks off Hoag Classic with a challenge to raise funds in support of the nonprofit which provides educational scholarships when a military parent has fallen in service or disabled during their career.
NEWPORT BEACH, Calif. - PrZen -- Nine-time PGA Tour winner Stuart Appleby makes his debut at Newport Beach's Hoag Classic this weekend for the PGA Tour Champions, announcing his representation of the Johnny Mac Soldiers Fund and reveals a new logo on his clothing and vehicles: the war-torn boots of the Johnny Mac Soldiers Fund. With over twenty global career professional wins since turning professional, Appleby continues to give back and pay forward to the community.

The fund was founded in 2014 by West Point's class of 1986 in honor of classmate and fallen soldier Colonel John "Johnny Mac" McHugh who was killed in action while serving in Afghanistan. The fund's mission is simple: taking care of the children of our military members who have made the ultimate sacrifice for their country. So far, the nonprofit organization has awarded $25 million in scholarships and education programs, benefiting more than 3,500 military children representing the Army, Air Force, Navy, Marine Corps and Coast Guard.

"I'm a strong believer in doing what's right for country, our communities and children. The Johnny Mac Soldiers Fund aligns with my personal values and beliefs," said Appleby. "The family unit is a critical foundation for a balanced and fulfilling life, losing a parent is devastating. The Johnny Mac Soldiers Fund is emblematic of military mates caring for their fellow men, women and families. No one is ever left behind."

From 2002 to 2010, Appleby's golf career was at a high point with six PGA Tour wins, including three Mercedes Championships (2004, 2005, 2006) where he first met Stephen Cannon, former CEO of Mercedes Benz and one of the co-founders of the Johnny Mac Soldiers Fund.

"We are proud to team up with 9-time PGA Tour winner Stuart Appleby," said Steve Cannon, CEO of AMB Sports and Entertainment and co-founder of Johnny Mac Soldiers Fund. "Stuart is an exemplary champion for the Johnny Mac mission of providing scholarships to military kids of our nation's fallen or disabled.  We look forward to working with Stuart and his many fans, and to cheering him on in the Champions Tour."

Appleby's last win on the PGA Tour was in 2010 at the Greenbrier Classic with a triumphant final round of 59, becoming only the 5th PGA Tour player to achieve this magical score.

Appleby, who is intimately familiar with the pain of losing close family members and friends in tragic circumstances, said: "I believe that all of life's experiences – both the good and the bad – are opportunities for growth and change," says Appleby. "I hope that others join me in being a voice for these families, creating an awareness that we are all capable of helping those around us rise up to be great contributors to the community."

To support this cause and help Appleby in his quest to raise $1M for the Johnny Mac Soldiers Fund, visit StuartApplebyGolf.com to learn more.