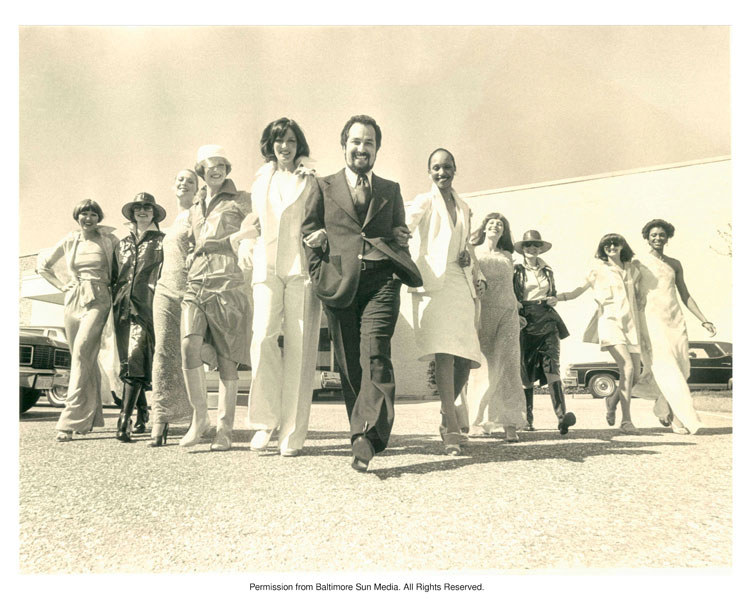 NEW YORK - PrZen -- ALBERT CAPRARO, INC. is pleased to announce the launch of the Official Website of Fashion Designer, Albert Capraro, who was born on this day in New York City.  Crowned the "Prince of Fashion," by the press, the late designer who passed away in 2013, skyrocketed to fame in January 1975 when he received a call from the White House, requesting that he bring sketches to present to the First Lady of the United States, Betty Ford.

Capraro graduated from Parsons School of Design in 1964 and worked briefly for Lilly Daché before designing the successful "Boutique Collection" for Oscar de la Renta. He launched his own company in September 1974. As he said at the time, "If you're spending sleepless nights on a collection, the label might as well have your signature."

Capraro, himself, became a Fashion Celebrity appearing at events and on television shows including, "The Merv Griffin Show," "Donahue," and "Night of 100 Stars."  In 1984, he presented his spring collection on the soap opera "As the World Turns."

"Albert Capraro is an American success story, his contributions to the world of Fashion are important, both historically and culturally.  The launch of his official website is only the beginning of continuing to share his legacy, vision, and ideas with the world," said Eddie Star, long-time partner to the late designer.