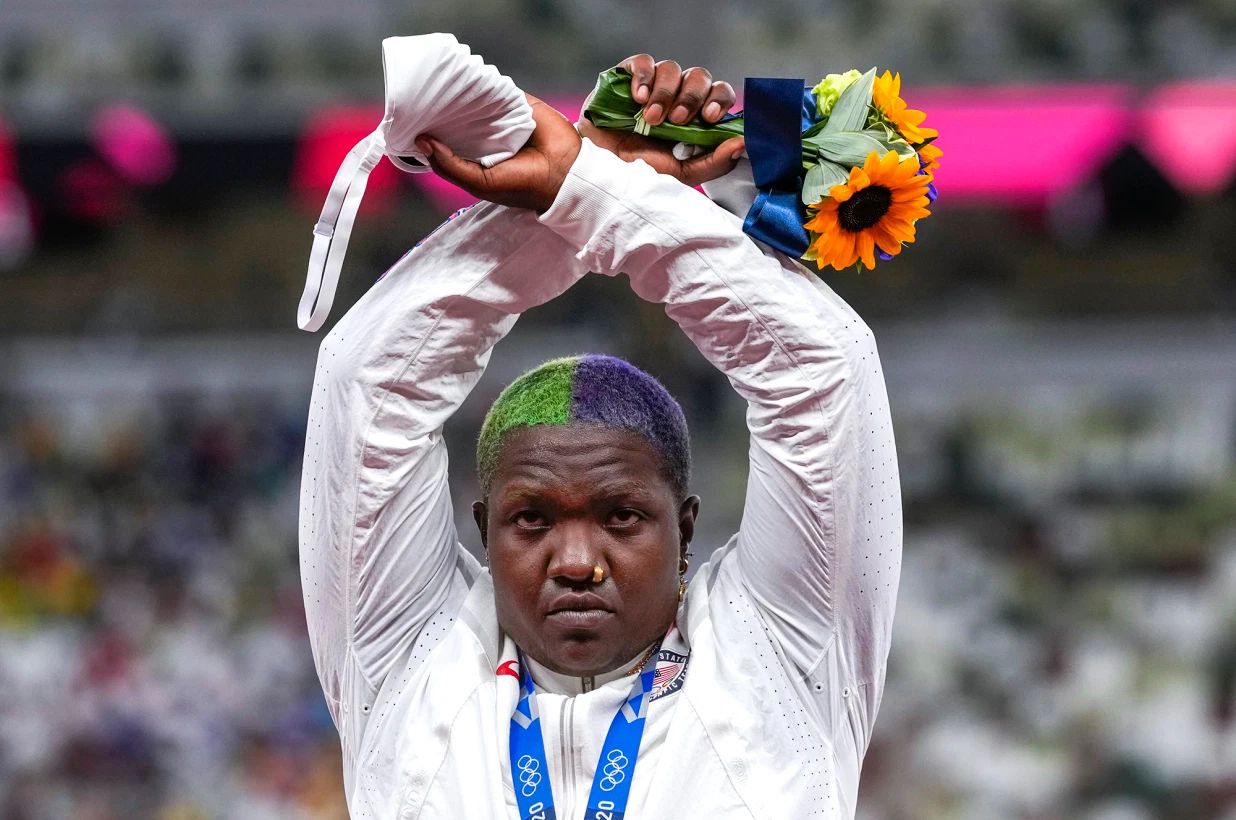 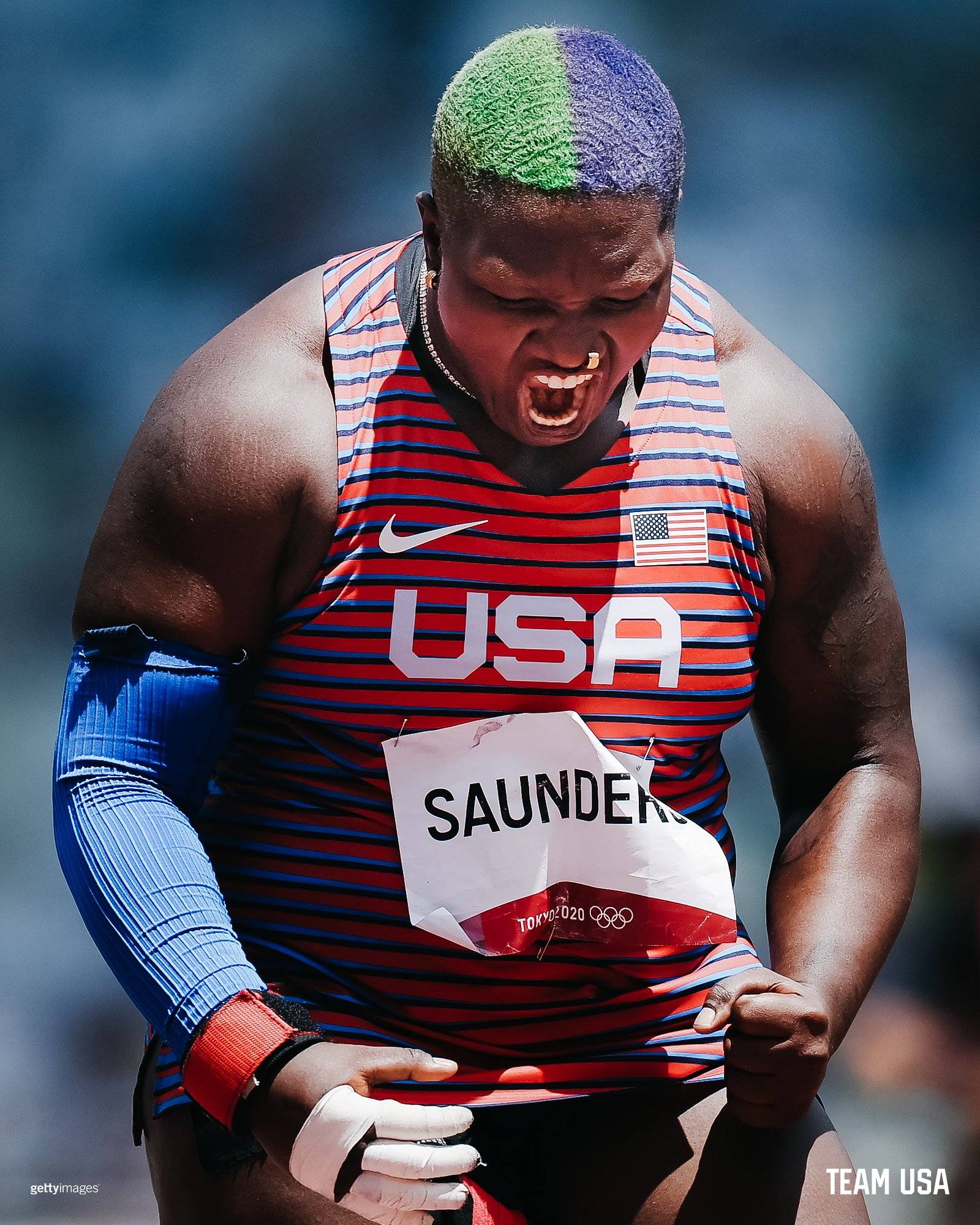 Saunders' Gesture from the medal podium sparks global conversation on athlete protests during the 2020 Olympics.
CHARLESTON, S.C. - PrZen -- Silver Medal-winning US Olympic shot-putter Raven Saunders became a media darling as much for her style, demeanor, and stand on social issues close to her heart, as her athletic performance during the 2020 Olympic Games in Tokyo. She then launched to global icon status with over one billion social media impressions when during a photo-op at the medal ceremony, she saluted the worldwide audience with an X gesture made by crossing her arms over her head, standing for the crossroads where equality, diversity, and tolerance amongst people meet. It is to bring focus to mental health, the equality of all sexes and races, and that we're all one.

Already the subject of hundreds of featured news stories because of her honesty about her mental health struggles following her 5th place 2016 Olympic appearance in Rio, this gesture sent shockwaves around the world. Saunders immediately garnered hundreds more featured stories in almost every language and according to our information, hit 1.3 billion social media impressions during the August 1st to August 2nd time frame, proving that her message was needed and well-received across the entire world.

The "X" gesture won her many fans and a much larger platform to speak from in her call for social and racial justice and came after the playing of the gold medal-winning anthem and in a lull during the medals ceremony.

Raven Saunders was born and raised in Charleston, South Carolina, and grew up playing basketball before taking up track and field after she "stopped growing."

After her entré into the world of track and field, Saunders rose rapidly through the ranks winning the Pan American junior championship, the 2014 USA Track and Field junior outdoor championship, and the 2014 New Balance Indoor and Outdoor national championships. Saunders broke South Carolina's shot put record by 11 feet and won the state discus championship by 42 feet. (NBCSports.com)

For her Collegiate career, Saunders attended Southern Illinois and then the University of Mississippi. Her college career highlights include being a four-time NCAA champion, three-time SEC champion, and seven-time All-American.

In 2016, Saunders was recruited by Team USA for the Rio Olympics, where at age 21, she placed fifth. In 2021, she returned to the Olympic arena for the 2020 Tokyo Games winning silver and becoming a national media darling for her daring and exciting sense of style, athletic performance, and openness about mental health. Her honesty about the mental health challenges she faced after the 2016 Olympic games became a top story alongside that of superstar gymnast Simone Biles.

In a whirlwind of newfound fame, Saunders has received feature stories in news outlets such as Yahoo! News, The New York Times, Forbes.com, Marie Claire, People.com, NBC Sports, The Washington Post, Fox News, Associated Press, and many many more.

Saunders is represented by: