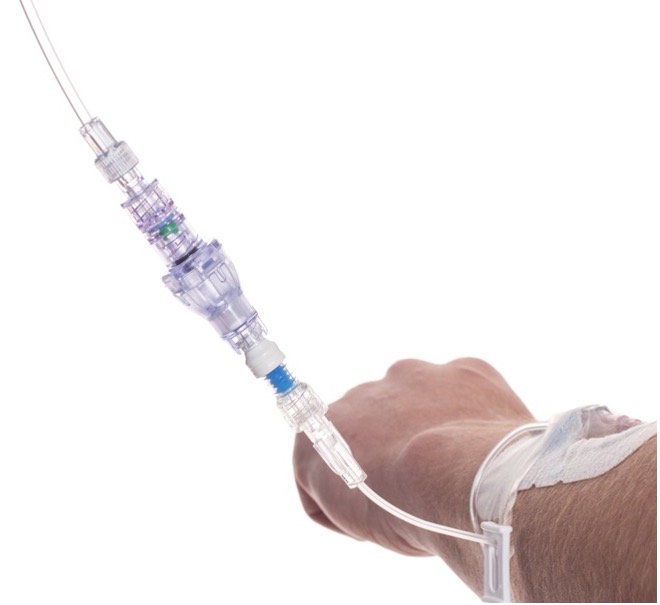 "Korea has a population of 52 million people, and peripheral IV utilization rates are much higher in Asia in comparison to North America." Vance Clement, CEO of Lineus Medical stated. "We spent time with ONEY in 2018 calling on hospitals and doctors and finding out how to introduce Korea to SafeBreak. It only makes sense that they are our first international distributor, and we are confident that ONEY will be a great partner."

"SafeBreak has already been studied in veterinary applications in Korea with very good results. We look forward to obtaining regulatory clearance from the Korean Ministry of Health and introducing SafeBreak to our hospital customers.", stated Danny Kim, CEO of ONEY. "Our hospital customers will appreciate the cost saving benefits, the time saving benefits for hospital staff, and the reduced number of needlesticks SafeBreak provides for their patients."

SafeBreak Vascular is a break-away connector that fits into any peripheral IV line in the world. The device is designed to separate when damaging force is placed on an IV line, reducing vein irritation and the chances of the IV dislodging. When the device separates, valves on each side of the device close to stop the flow of medication from the pump and blood flow from the patient's IV catheter. The separated SafeBreak can be replaced with a new, sterile SafeBreak and the IV restarted without the need for another needlestick for the patient.

SafeBreak Vascular reduces the failure of peripheral IV lines and the negative cascade of events that occurs when an IV restart is required. Peripheral IVs fail 46% of the time before their intended use is complete according to the clinical literature and cost the US healthcare system over $5B annually2.

ABOUT LINEUS MEDICAL
Lineus Medical is the developer of a patented, break-away technology designed to work with all types of medical tubing. Complications with feeding tubes, IV lines, urinary catheters and other  medical tubing may be reduced when a force-activated separation device is used. Learn more at www.lineusmed.com and follow us on LinkedIn or Twitter.