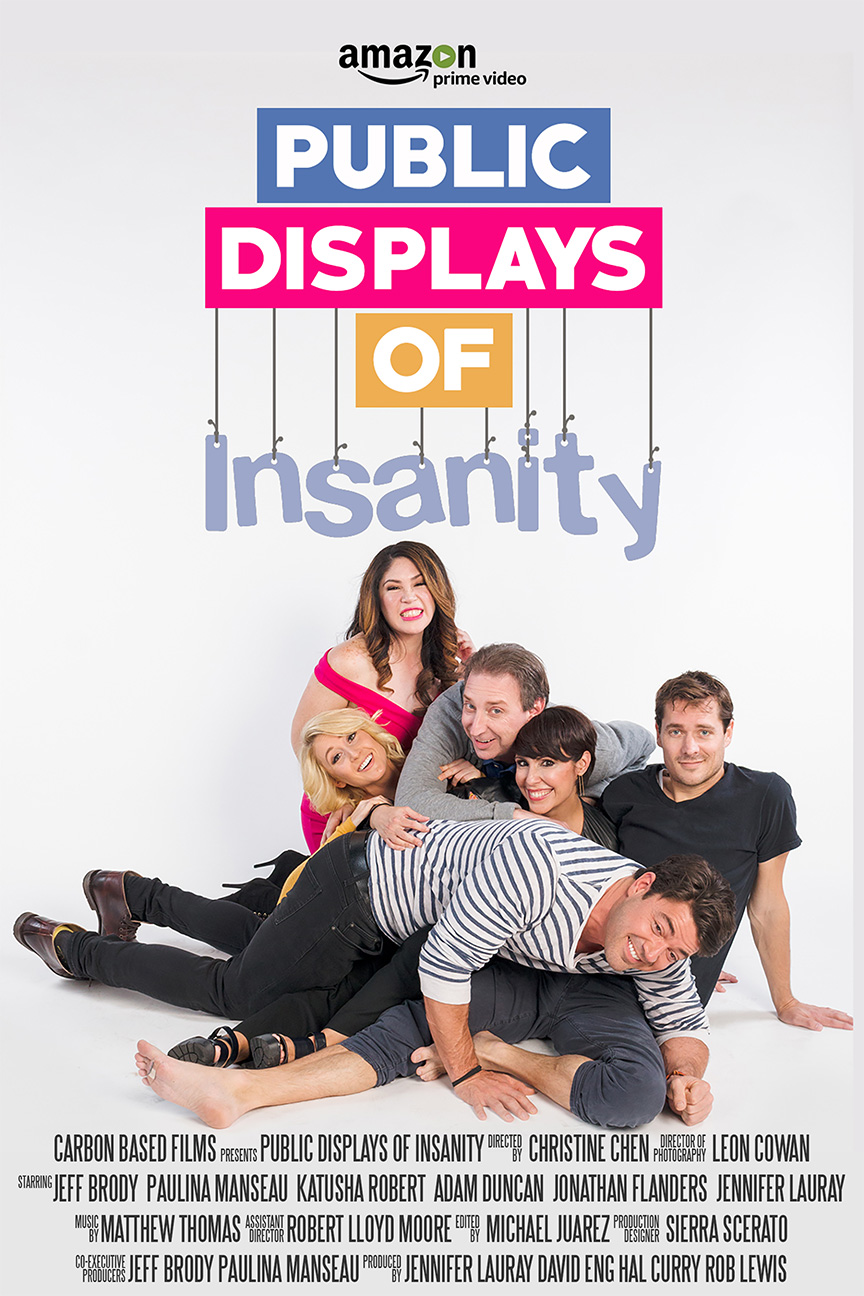 All-Texas cast showcases the tangled mess of trying to make it in the entertainment industry
AUSTIN, Texas - PrZen -- "Public Displays of Insanity," a new Texas-based romantic comedy series which follows a group of entertainment industry professionals and the craziness of their daily lives, is now available for viewing on Amazon and Amazon Prime.

"Insanity" was directed by Female Filmmaker of the Year Christine Chen, whose recent projects include an Academy Award qualifier, and features an all-Texas cast and crew.

From messy relationships to audition failures to movie stars, the show gives the audience a funny glimpse into the daily lives of very complicated people.

"This was one of the most fun projects I have ever been a part of because it's just such a genuine and funny look at show business from the eyes of real people trying to make it," said Chen, the 2017 Austin Film Revolution award-winner.

Featuring intimate fourth-wall breaks, seductive fantasy sequences, and creative inner monologues, "Insanity" consists of four episodes with a runtime of 1 hour and 38 minutes, collectively being pitched to networks as a pilot. The producers hope to be picked up and funded for an expanded Season 2.

"The show is hilarious," said Rudy Apolinar with Rudy's Movie Reviews.  "I loved it. I love the clever writing, the locations…four episodes honestly wasn't enough for me. I wanted more. There are so many characters I want to know more about. This was a tease and I want more!"

"A nice mix of humility and wit, without being cheesy," said Michael Druck, an-Austin based casting director. "An amazing cast -- the perfect example of all the actors that make Texas special."

The show was created and written by Paulina Manseau and Jeff Brody, who also star in front of the camera. Other main actors include Katusha Robert, Adam Duncan, Jennifer Lauray,  and Jonathan Flanders.

This project was produced by Carbon Based Films, a full service production house based in San Antonio.

For more information, or to schedule media interviews, press only:

For more information on "Public Displays of Insanity":
https://publicdisplaysofinsanity.com