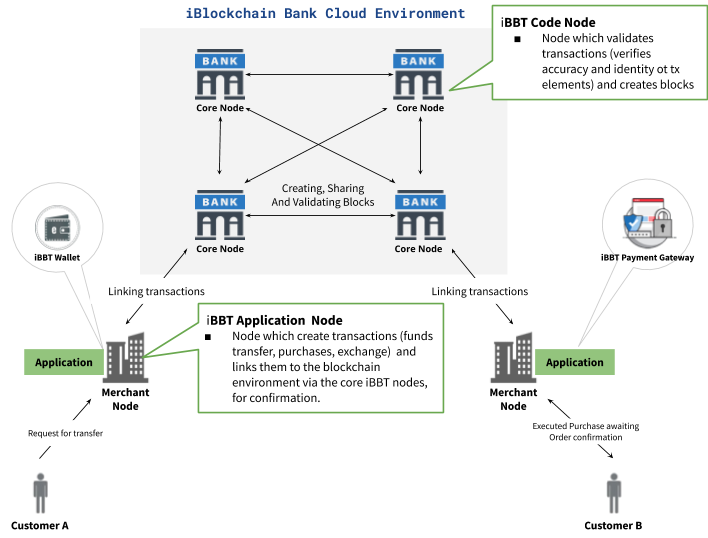 CLEARWATER, Fla. - PrZen -- Founded on Oct. 10 of 2019, by 2 Greek American fintech entrepreneurs, iBBT began as a core solution for trading fractional assets from company equity in an alternative trade platform (ATP), but it has grown to include, smart identity for KYC and AML compliance, fractional real estate, community currencies and securitized debt instruments.

Now, 5 months later, iBBT has initiated the offer of its digital currency to raise USD$4.5M in Ether. This period is set to end in mid-February of  2021 or once the USD$4.5M token offer limit is reached.

The iBBT Token is a unique Ethereum Token. It enables three district use cases that separate it from traditional tokens. First, it is used as a utility token to validate online premium banking and smart compliance services. The iBBT Token can also be used as Social Money by the iBBT Network Society. The last feature of the Token is its use as a  Fractional Convertible Token or ('FCT'). The FCT mechanism is the natural progression of company equity converted into a digital share in the form of a conventional electronic pdf and eventually a corresponding ERC20 digital token respectively. The asset classifications, paper stock, digital shares, and the new blockchain share have a 1:1 continuity in the chain of custody of the asset issued by an organization. FCTs' are issued under the Governance Guidelines of what iBBT calls a "Distributed Autonomous Corporation (DAC)".

Cryptocurrencies and emerging crypto asset markets are on a collision course with Governments, policymakers and financial regulators concerning trust, compliance and governance. There is a lack of regulatory harmonization across jurisdiction, few of which have developed clear guidelines to date. Cryptocurrencies continue to receive a great deal of attention for both their massive growth and their ability to continue to bypass traditional regulatory authorities. Proponents argue that cryptocurrencies can bypass malicious capital controls by governments, as in the case of China, and mainstream detractors push back against the disruptive nature of anonymized trade.

iBBT is working to bridge the gap of this regulatory harmonization imbalance between tokenization and equity markets with sensible blockchain solutions. Ethereum and smart contracts offer part of the answer. But it remains up to the markets to apply the technology in ways that fortify banking system integrity, reform and compliance; reign-in unauthorized uses while supporting interoperability of crypto assets; and advance the underlying future connected infrastructure(s) for value exchange. In iBBT's view this means transitioning e-money to blockchain powered digital sovereign fiat currency in retail banking applications, cross-border payments and everyday merchant-consumer adoption.

iBBT Managing Director, Antonis Valamontes, opines that "Nation State issued Blockchain currencies should truly free merchant adaptation which releases Capital and sanctions other mechanisms for preventing malicious activity". In a free market society, governments should focus their efforts to solve market transparency and consumer protection without attempting to control private capital. With proper transparency and a sound regulatory guidance, investors should have trust and confidence in the assets they invest."

iBBT management believes the company is one of the first, and one of the few blockchain technology companies in the market to offer a unified (i.e. interoperable) blockchain banking platform that facilitates a stable digital dollar transition, real-time clearing network featuring smart compliance and digital asset convergence with the conventional financial system. The potential onset of Central Bank Digital Currencies (CBDCs) plays to the timing and core value proposition such a platform offers today. Many Central Bankers like to believe there is a 20 to 30 year horizon for digital fiat currencies as a foundation to a new financial system, but the market forces driving dematerialization, digital lifestyles and innovation uptake have shown that it is conceivable and indeed possible that the technology for a digital fiat currency will evolve outside the banking system and ultimately be adopted by banks once proven.