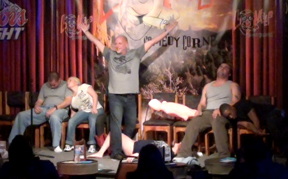 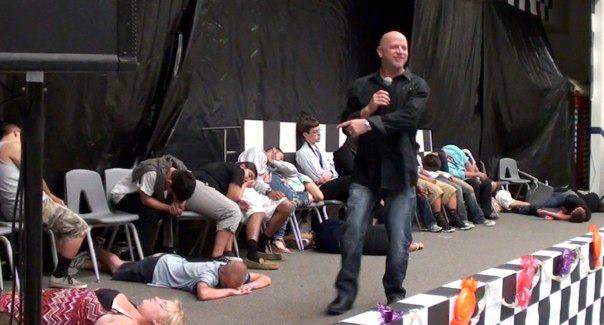 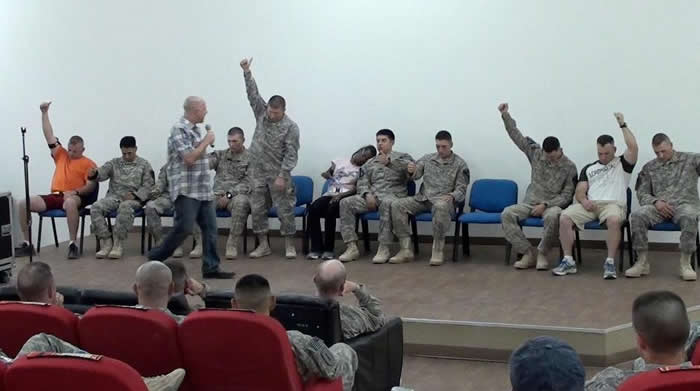 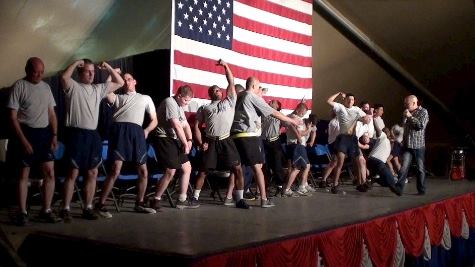 Barnhart's comedy hypnosis show delivers interactive, improvisational and sidesplitting comedy while simultaneously unlocking the unique mysteries of the human mind.  It's a musical, fast-paced journey through volunteers' subconscious creative genius that keeps audiences on the edges of their seats.  Akin to releasing the hidden talents of a dozen improvisational comedians onstage with Barnhart serving as the ringleader, each performance is unique and fun for all.

"Don takes the positive aspects of hypnotic trances for a spin.  In an industry dominated by embarrassing and shocking antics, the comedy brought out of our shared hopes and dreams is refreshing, honest and just plain funny."  Audience members have the option to volunteer or sit back and watch.

Don Barnhart's Hypnomania is as empowering as it is entertaining and Barnhart leaves his audience volunteers feeling refreshed and recharged having learned a technique they can use long after the show.   Using techniques found in NLP (Neuro-lingusitic programing), guided meditation and hypnosis, Barnhart teaches his volunteers to focus their energy to release their anxiety, stresses and fears and tap into their creative abilities with confidence.

Don is the author of Creating The Life You Desire teaching people some hypnotic techniques they can use to help improve their life, break bad habits and achieve their goals.  Barnhart also has a series of self-improvement audio programs that can teach you a way to focus your energy, helping you to unlock the power of your subconscious mind to break bad habits, achieve your goals and take control of your life.

Don works with veterans suffering from PTSD and has put up a free download to his Personal Power hypnosis session on his website: DonBarnhart.com

Barnhart's twenty plus years of standup comedy club experience are evident, as well as his Second City improv skills and his self-improvement hypnotic abilities. Everything comes together in a show that puts the audience on center stage, inhibitions gone, ready to perform like they never have before. Skeptics are encouraged to attend.

Don recently filmed his Dry Bar Comedy Special, which has over 4 million subscribers. He's been seen on MTV, Star Search, and Evening At The Improv and has been featured on ABC, CBS, FOX and NBC. He also stars in the documentary, Finding The Funny with Brad Garret and Louie Anderson and plays a rather disgruntled, road weary comedian in the upcoming comedy film, Tribute To Fluffy.  Don can also be seen playing a psychotic mad man in the new web series Max Justice.

The comedian and hypnotist is a Bob and Tom Show favorite and his comedy CD, I'm Not Just Eye Candy can be heard frequently on the comedy channels on XM/Sirius Satellite Radio and in his off time, he teaches stand up, improv and comedy writing at The Las Vegas Comedy Institute.  Don also has another residency for his standup comedy.

Don Barnhart's Hypnomania will appear Wed – Sunday nights at 7:00pm in The Spare Room at The Downtown Grand.  Situated in the heart of Downtown Las Vegas where you can discover another side of "Old" Las Vegas at the Downtown Grand Hotel & Casino.  Just steps from Fremont Street, the Mob Museum and The Smith Center, the Grand's newly renovated urban resort offers you a variety of things to do in Downtown Las Vegas

Voted "Best Hotel Value in Las Vegas" by the Las Vegas Review Journal. The Downtown Grand Hotel & Casino offers a more authentic Las Vegas experience. Enjoy the newly refurbished hotel rooms and suites, multiple onsite dining options from the timeless Triple George Steakhouse, the smash hit Pizza Rock to the infamous Hogs & Heifers Saloon.  On the casino rooftop you will find the Citrus Grand Pool Deck, a refreshing twist on the largest pool deck in all of Downtown Las Vegas.  Lady Luck awaits you in their state-of-the-art casino and friendly tables are why they were named, "Best Casino" by Casino Player Magazine.

For more information or to set up interviews, please contact Don Barnhart at http://www.donbarnhart.com