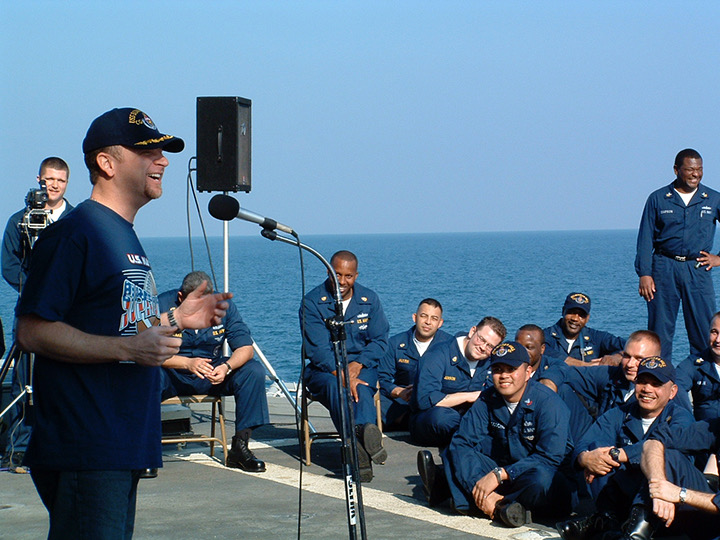 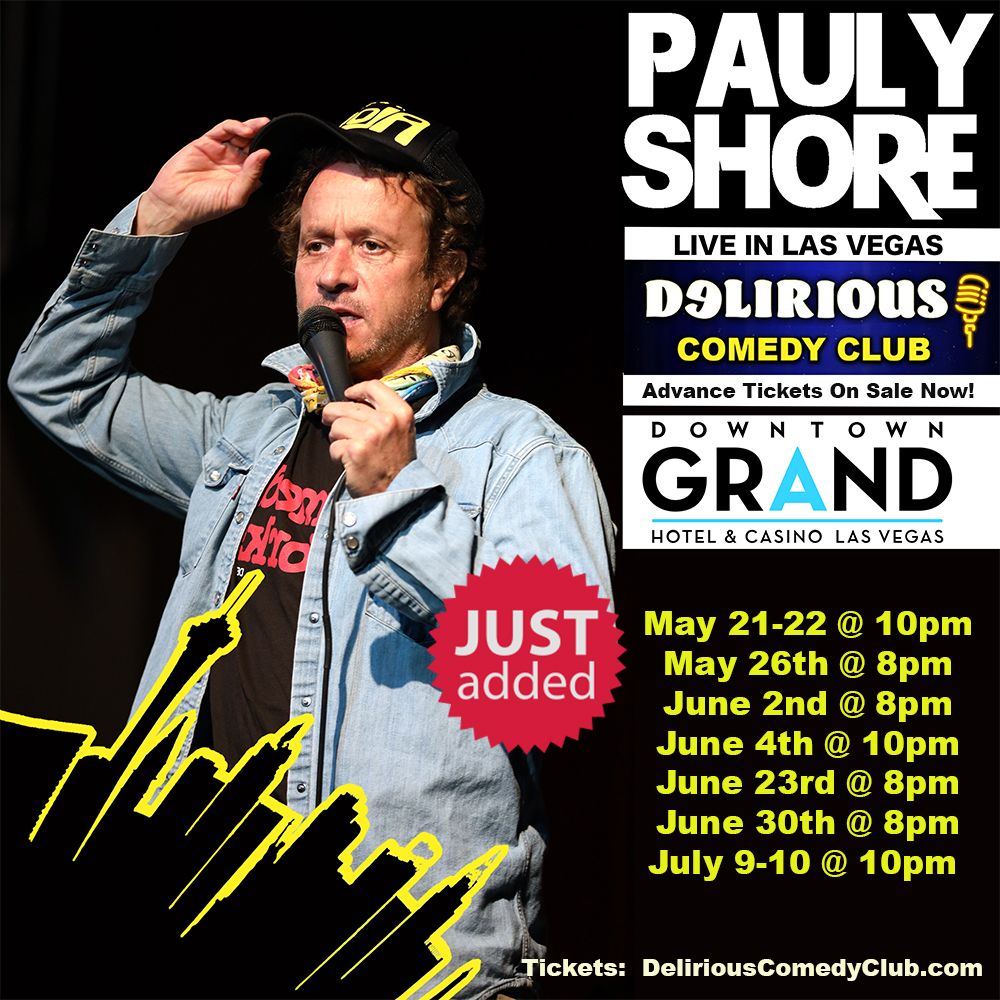 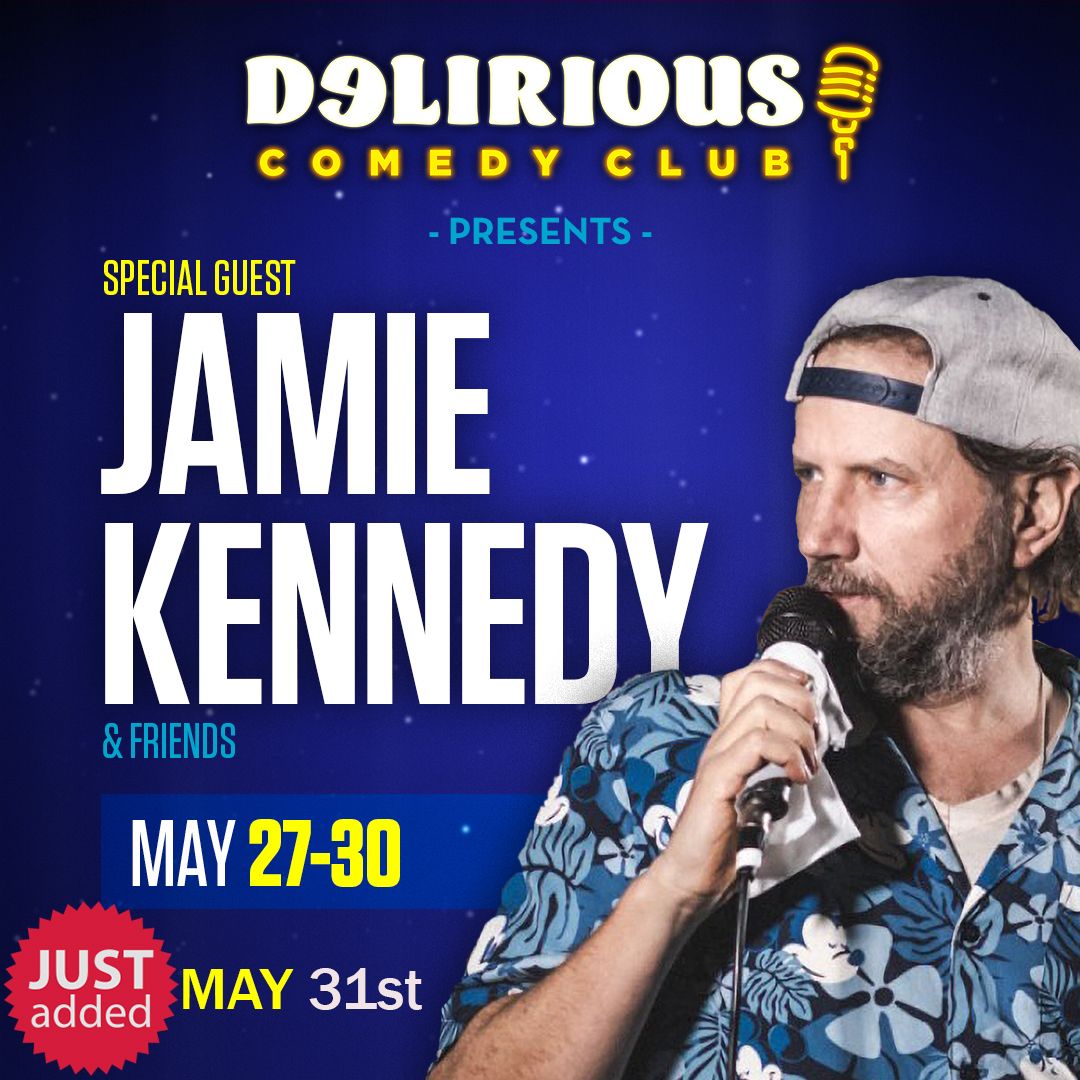 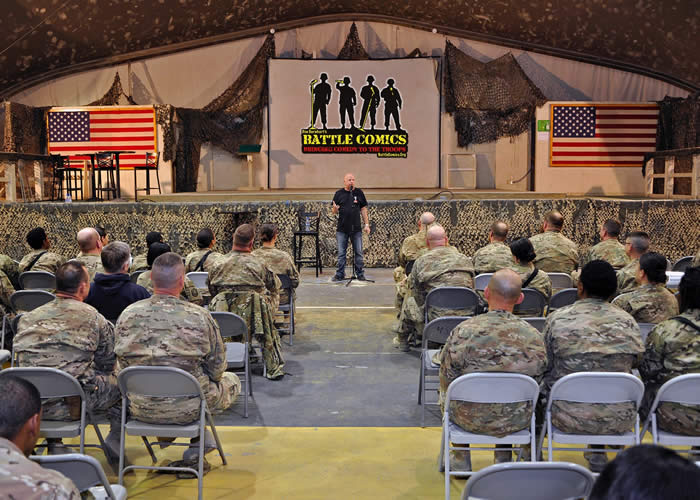 Don Barnhart has been performing and producing comedy shows in war zones to entertain the troops around the world since 1992 and performs nightly at his residency at Delirious Comedy Club.  His company, Battle Comics is the inspiration and featured in the documentary, I Am Battle Comic and Barnhart is currently prepping the Delirious Comedy Club All Star Tour for Armed Forces Entertainment once things open up again overseas.  The tour will feature Barnhart, Sam Fedele, Guy Fessenden and David Ryan.

Delirious Comedy Club is putting on an extra special event for Memorial Week with comedian and actor Jamie Kennedy.  Kennedy is best known for his recurring rolls in the Scream movies, B Rad in Malibu's Most Wanted and critically acclaimed, The Jamie Kennedy Experiment.   Military discounts are available with the code, "Military" when purchasing tickets online at www.DeliriousComedyClub.com  Advance tickets are highly encourage as seating is limited.

Extra shows have been added to accommodate the huge interest in Kennedy's appearance over Memorial Weekend as it's also Jamie Kennedy's birthday week so special guest sets and other surprises can be expected.

Delirious Comedy Club is going all out with their celebrity comedy series featuring Pauly Shore in a mini residency along with upcoming shows by comic ventriloquist Jay Johnson from the iconic TV show SOAP.

"They say that laughter is the best medicine and right now, we need it now more than ever." added Barnhart.  "We're dedicated to providing the best in live, comedy entertainment.  Comedy shows work great in small, intimate settings and have always been a great release during stressful times."  Barnhart and his team also produce Jokesters Comedy Club and co-produce The Big Little Variety Show at Alexis Park with Pete Housley of ADMIT VIP.  The show features comedy, magic, juggling focusing on fun for the entire family.

Delirious Comedy Shows run Thursday thru Sunday at 8 & 10pm with additional shows at 6pm on Friday & Saturday.  Extra shows have been added for Monday May 31st for Memorial Day Weekend.

Full bar service is available during the show and customers are encouraged to come early for dinner at the hotel's Freedom Beat or Triple George Grill.

For those that can't make it to Las Vegas, Don Barnhart's full Dry Bar Comedy Special, The Obese Police is now available on YouTube for free but be warned, when Barnhart hits the stage his bringing the heat with tons of new material and no holds barred.

For more information or to purchase tickets, please visit their website at www.DeliriousComedyClub.com