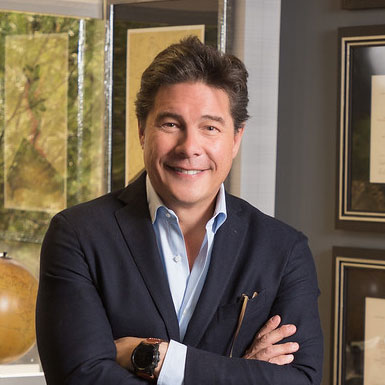 The Cryptography firm has leveraged the formula to produce new product: TIME AI, a dynamic 'non-factor' based quantum encryption to protect consumer data privacy and enterprise systems.
NEWPORT BEACH, Calif. - PrZen -- Crown Sterling, a digital cryptography firm, today announced that they are the first to successfully demonstrate the world's first predictive algorithm determining quasi prime or infinite prime numbers, resulting in a new form of enterprise and consumer data encryption: TIME AI. Utilizing five encryption dimensions, as well as leveraging biometrics and music's infinite variability, the TIME AI app is designed to wrap around data and applications to not only secure consumer data, but provide a comprehensive feed of what websites and apps are trying to access a user's information.

The algorithm was discovered unintentionally by Crown Sterling's founder, Robert E. Grant. The former CEO and President of Bausch and Lomb Surgical and former President of Allergan Medical, Grant holds several patents and various intellectual property in the fields of DNA, phenotypic expression, human cybernetic implantology, biophotonics, and electromagnetism. His interests in mathematics and physics combined with a disruptive approach to cryptography led to the discovery.

"I found a new type of number that, using a particular geometry called an Icositetragon, a polygon with 24 sides (like a 24-hour clock), has characteristics that are prime-like, except are not prime," says Grant. "And what makes them prime-like is that instead of being divisible by any kind of number, they're divisible only by large prime numbers (expressly excluding small prime numbers two and three)."

Crown Sterling is setting a new precedent in data security as today's internet encryptions are generated through factorization, a process that multiplies two primes to obtain the public key encryption. Grant's discovery disrupts encryption protocol by enabling us to predict prime numbers we could not before, resulting in unprecedentedly secure cryptography: TIME AI, a dynamic 'non-factor' based Quantum encryption to protect data privacy and enterprise systems.

With over 4.5 billion digital records stolen or exposed in the first half of 2018 alone, Grant and the Crown Sterling team are compelled by a sense of duty to protect the individual in light of ongoing security breaches and assaults on data sovereignty.

"At the end of the day, whomever creates the data is doing work that leads to its value and should be its owner," Grant says. "The same thing applies to companies and countries. There is mass exploitation going on right now across the board. When we talk about data sovereignty, there are essentially two market segments affected by this issue. One is consumers; their primary concern is privacy. When it comes to the enterprise side, their issue is security. Either way, they face the same challenge: how to better protect themselves."

The TIME AI app will be available for download on January 1, 2020. Ahead of the launch Robert Grant will be providing a special introduction of the product and Crown Sterling at the Black Hat Conference on Wednesday, August 7, 2019 at 8 pm at the Palm Lounge at the Four Seasons in Las Vegas, Nevada. Interested attendees can request a private invitation for the Data Sovereignty Salon at https://timeai.io/blackhat/