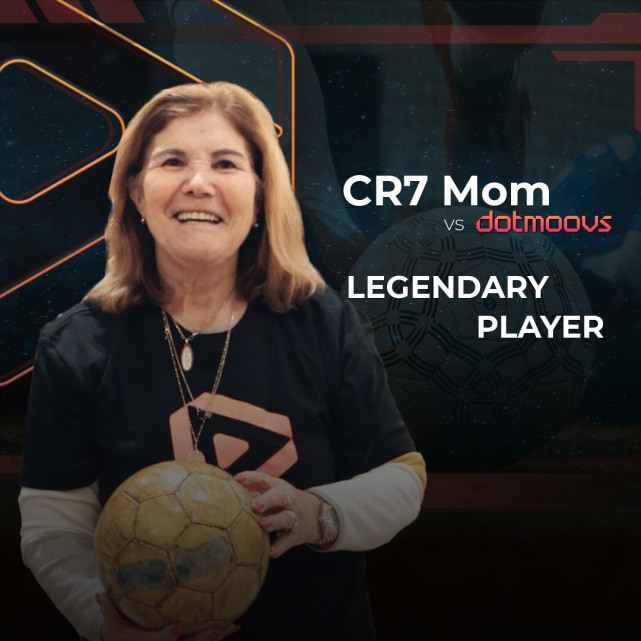 TALLINN, Estonia - PrZen -- The world's most famous soccer mom, Dolores Aveiro, is challenging people around the world to play against her in the dotmoovs app.

Having fun has no age limit, and to some extent, neither do sports. The goal of the dotmoovs app, a peer-to-peer sports competition application, is to make physical activity more fun and rewarding no matter a person's age. Currently, the app has two sports available: freestyle football and dance, but soon there will be more.

At dotmoovs, players can challenge themselves, their friends, and even famous athletes. Now they can also take on Cristiano Ronaldo's mother and have fun doing it. The challenge of the Aveiro's family matriarch can be found under the app's Legendary challenges section alongside other famous soccer players like the Portuguese professional footballer João Teixeira. The best part? Anyone can do it! All they need to do is grab a soccer ball and record themselves kicking it in the air. The workout is scored within a few minutes using an artificial intelligence algorithm.

dotmoovs is one of the pioneers of the gaming trend "Move & Earn" in which engaging in physical activity is considered to be a joy and not looked at as a chore or a means to fill one's pockets. The idea is simple: people have fun moving around, either that being walking or doing a more structured exercise like dancing, with the bonus of earning while they're at it.