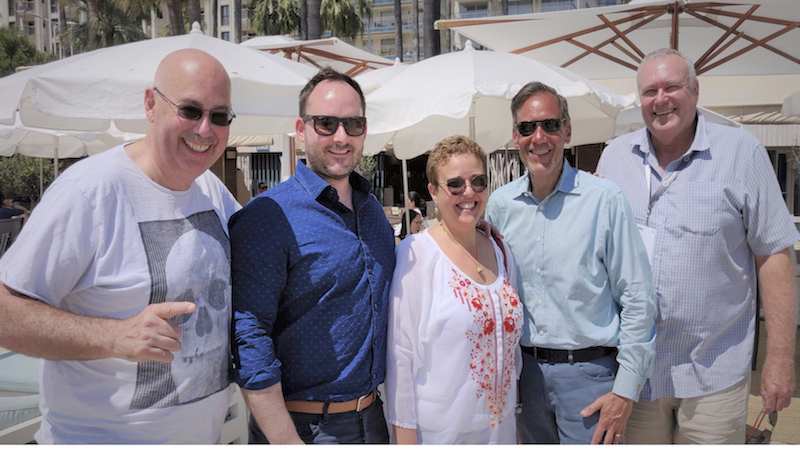 Cooking Vinyl Publishing UK
have signed an agreement with US independent publisher The Royalty Network who will provide sub-publishing services in the United States for their music catalogue and active roster. The deal was brokered by Cooking Vinyl Publishing Managing Director Ryan Farley and President/CEO of The Royalty Network Frank Liwall, with final details being agreed at MIDEM in Cannes last month.

Headquartered in New York with a creative office and studio complex in LA, The Royalty Network was founded in 1994 and has built a formidable reputation for its administration, copyright protection and creative services across North America.

Speaking of the deal, Ryan Farley said, "When I joined CV one of the first things I wanted to do was find a great partner for the U.S. to enable us to 'scale up' on collections, sync and A&R. I'm delighted to get this deal done with Frank and am excited to start working with the Royalty Network team. Having spent good time with them, I know their passion and commitment will add great value as we continue to build and develop our roster of artists, producers and songwriters."

Frank Liwall added, "Martin, Ryan, and the rest of the Cooking Vinyl team, have proven they're a first class organization, and we're pleased to now provide the expertise necessary to further exploit their works in our territory."

Cooking Vinyl CEO Martin Goldschmidt, "We have been a small fish in a big pond before, and Frank and his team's Royalty Network pond look like a perfect fit for us to enable our writers to make a big impact on the US market.  We are very excited to be working with them."

Renato Olivari, Vice President of The Royalty Network, added, "Cooking Vinyl are that rare company which have the ability to foster talent across many genres of music. We're incredibly excited to be part of their team and working catalogs with such depth."

Lawson Higgins, Head of Creative at The Royalty Network, said, "We are delighted to represent the Cooking Vinyl catalog in the U.S. and look forward to working closely with their creative team to bring collaborative and synch opportunities to the table."

About The Royalty Network, Inc.

Since its inception in 1994, the accomplishments of The Royalty Network have been extraordinary. From its humble beginning in a Brooklyn office to its now long maintained Midtown Manhattan digs, the company client roster has increased dramatically from year to year, boasting a perpetually growing catalog of some of the most prolific songwriters, producers and artists across a multitude of genres. This includes a hit parade on albums from the likes of Beyoncé, Lil Wayne, Ed Sheeran, Ariana Grande, Burt Bacharach, Kendrick Lamar, Drake, Eminem, and many others, and film, TV, and ad placements such as Target, BMW, Bose, "Hercules", "Creed", X-Men", "American Idol", "Dancing With The Stars", and many more.