Bossa Nova Bop Offers Hope in the Face of Isolation 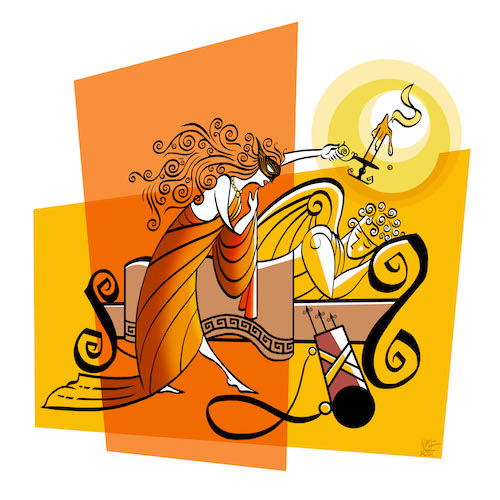 Songwriter E.G. Phillips releases the 1st single from his forthcoming album
SAN FRANCISCO - PrZen -- The opening flute and flugelhorn duo of the breezy new offering "Till We Have Faces Again" from E.G. Phillips is reminiscent of jazz records from the 1950s, but the reference to the pandemic in the lyrics marks it as a much more contemporary composition. The title acts as a hopeful refrain — a certainty that this too shall pass.  Eventually we will be reconnected and "have faces" again.

Phillips, front man for his so-called fake band "Ducks With Pants," has been a fixture on the music scene in San Francisco for years, performing at venues such as Bazaar Cafe and the Lost Church. Dozens of artists have covered his quirky songs with their vivid and whimsical lyrics as part of his (mostly) annual EGPhest celebration, which brings together the local music community.

The new album the single will appear on is entitled "Alien from an Alternate Earth" and will be released in April. With backing grooves that range from cool West Coast jazz to big band, this distinctive set of songs was recorded at Wallys HydeOut, aka Hyde Street Studios in San Francisco, in the same room where classic tracks by the likes of Santana, The Grateful Dead, and Herbie Hancock were laid down. Some of the Bay Area's most in demand jazz players are featured, including Jeffrey Burr on guitar and Rich Armstrong on horns. The album was produced by Chris McGrew (Griddle, Seal Party) and mastered by Gary Hobish, a veteran of many classic jazz album remasters.

The title of the newly released song and its verses allude to the Greek myth of Cupid and Psyche, by way of C.S. Lewis. Psyche, of course, suffered her own strange isolation and trials, which is the common link between her situation and lockdown the world suffered through last year.  While the song's narrator laments, perhaps somewhat tongue-in-cheek, not much has actually changed for him, the accompaniment, with its Bossa Nova stylings, offers some levity in the face of the new reality.

"Till We Have Faces Again" is available on all major music platforms.

A lyric video has also been released. https://youtu.be/H71WAa_OSTQ

Visit the Ducks With Pants website for more details.