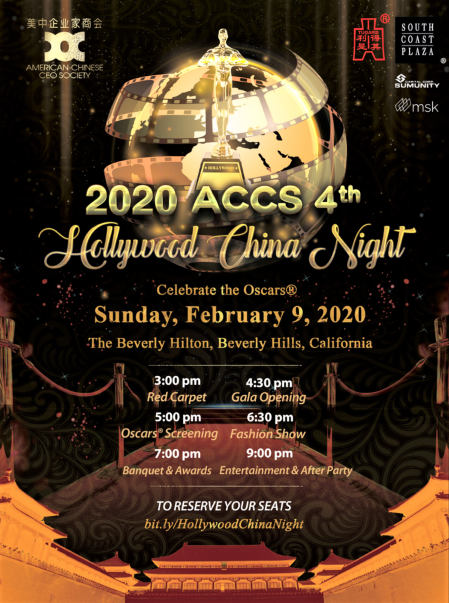 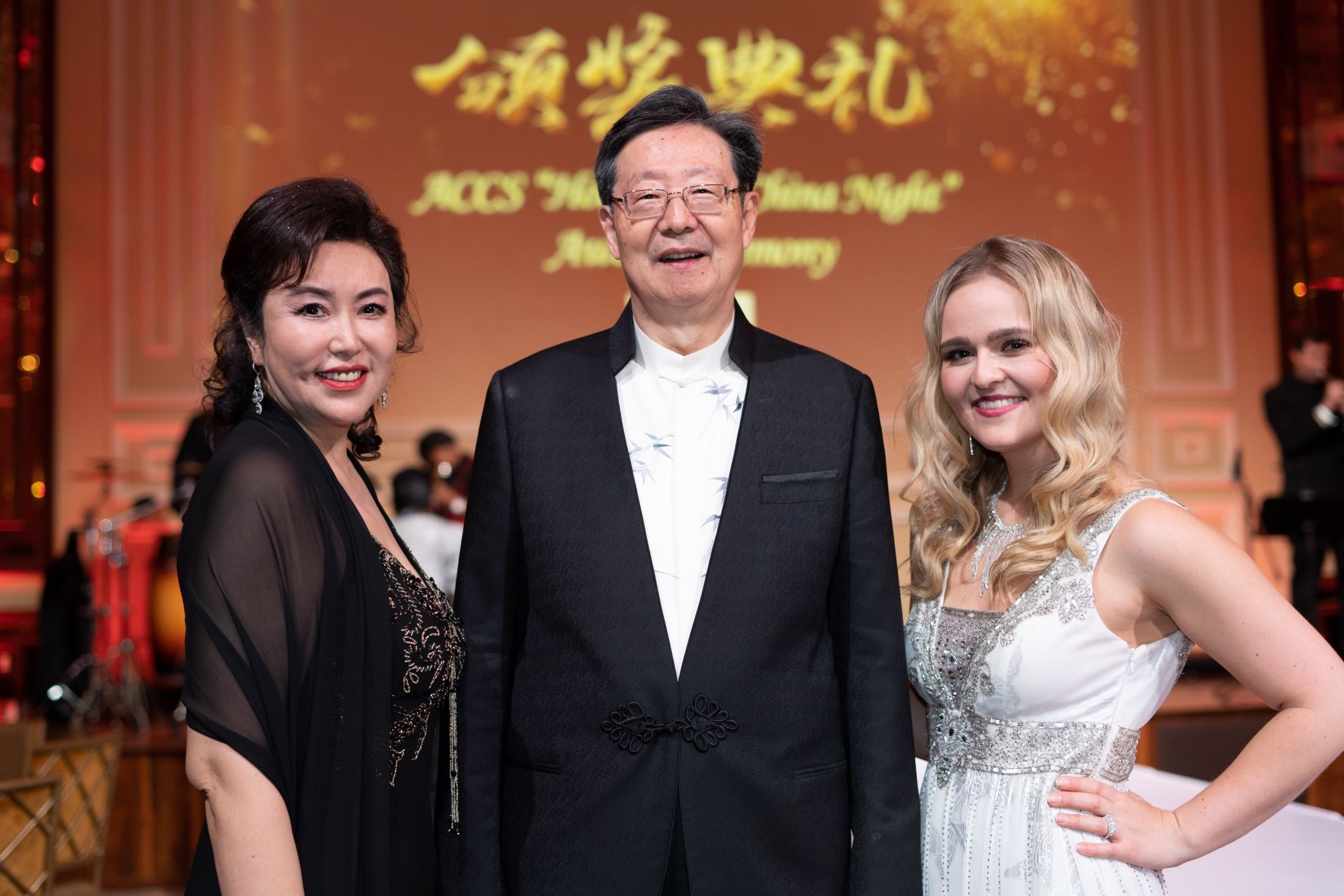 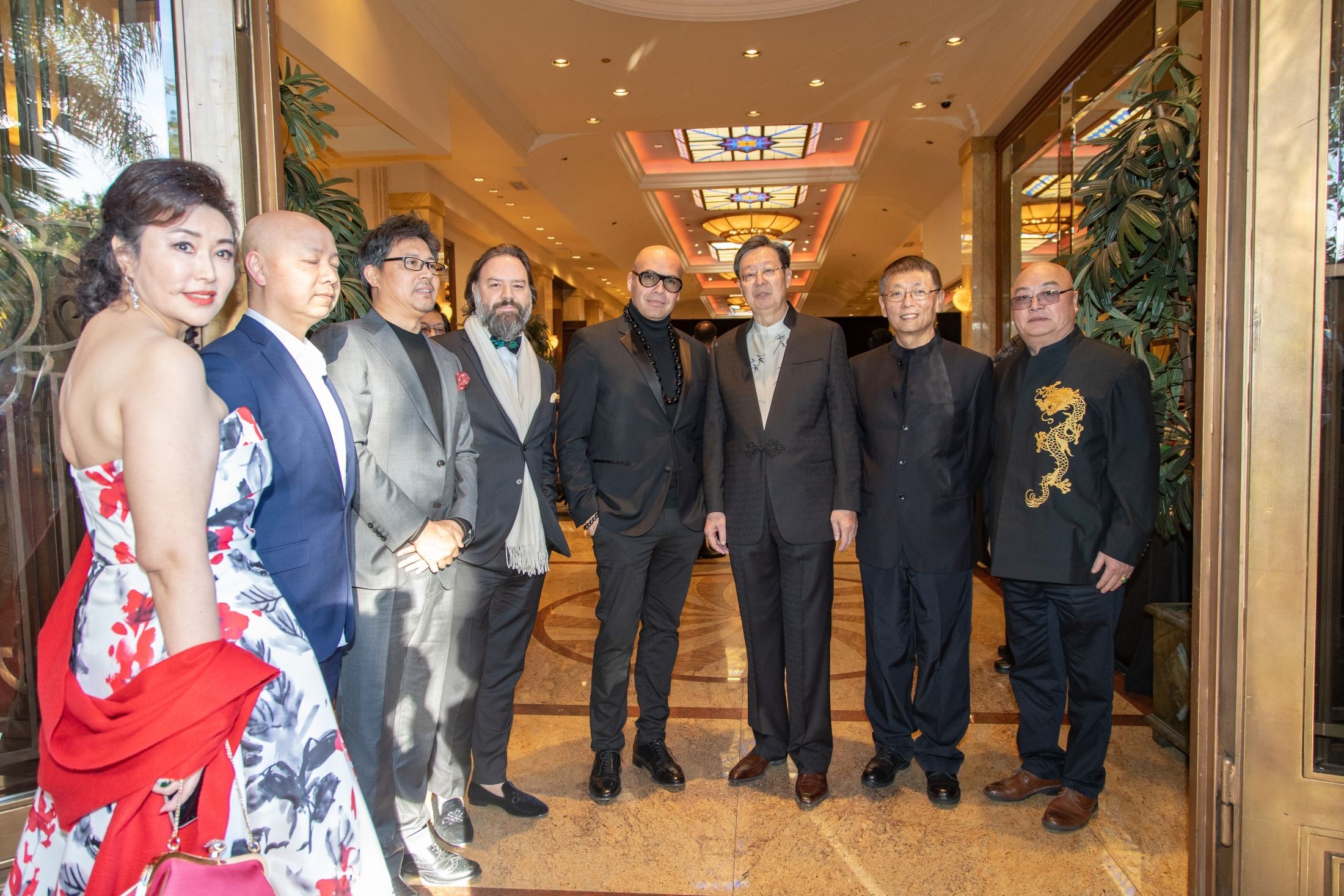 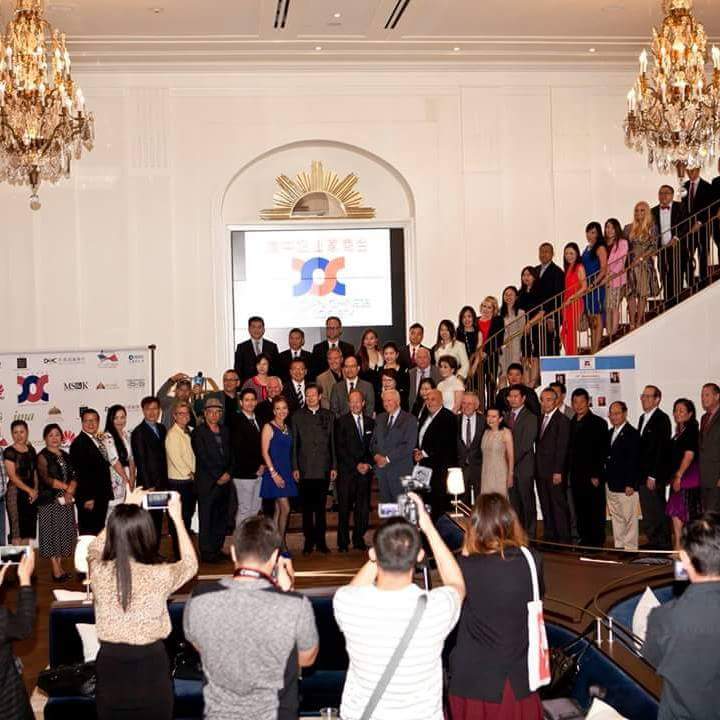 The American-Chinese CEO Society hosts annual Oscars® screening, where Hollywood's elite in filmmaking, celebrities, writers, producers, executives, and American & Chinese representatives will enjoy a red carpet, gala dinner, awards, entertainment and a fashion show alongside global film industry professionals, actors, athletes and dignitaries from China on Hollywood's biggest night.
BEVERLY HILLS, Calif. - PrZen -- Every year in February, Los Angeles turns into a sea of red carpet and celebrity sightings as the award season polishes Oscar. Oscars® night is full of glamour all over Hollywood, and the only party in Tinsel Town celebrating the blockbuster year of American and Chinese films and filmmakers will be "Hollywood China Night" at the world-renowned Beverly Hilton Hotel.

Hollywood and China's most elite filmmakers will be in Hollywood for the 92nd Academy Awards ceremony, presented by the Academy of Motion Picture Arts and Sciences, at the Dolby Theater in Hollywood.

"Hollywood China Night" is the best chance to communicate closely with celebrities from both Hollywood and China, all looking to do business together. "Hollywood China Night is the only link that connects the USA and China, the two movie markets with by far the largest box offices that are backed by the two largest economies in the world," shares Richard Walters, CEO of Bold Films.

China has become a serious force to be reckoned with in the film world, especially in Hollywood where Chinese moguls are buying companies like Dick Clark Productions, and Chinese billionaire Wang Jianlin, chairman of the Dalian Wanda Group, is buying up Hollywood entertainment properties.

ACCS has co-hosted many influential Chinese/American events and is responsible for numerous trips to China allowing American CEOs to get up front and personal with multi-billion-dollar companies such as Alibaba and The Wanda Group.

For Information on Tickets & Event Sponsorship: